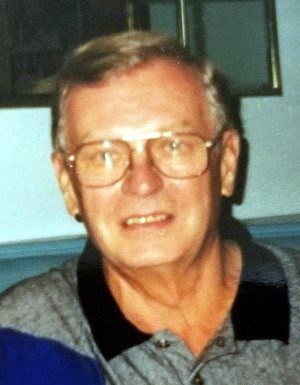 NORWICH – Jerome “Jerry” Rogers, 89, entered eternal rest on Saturday April 25th. He was born on Sept. 12, 1930 in Bozrah, CT to the late Jesse and Prudence (Taylor) Rogers. This enterprising, hard-working man entered the workforce at a young age learning the carpentry trade where he earned his living for fifteen (15) years. It was then that Jerry began “Rogers Brothers” in Norwich along with his dear brother, John, in 1955. Since his retirement, this thriving business later named Rogers Kitchens is now expertly run by his predecessors, Jim Smith and his daughter Courtney. On August 27, 1949 Jerry married his soulmate, Christine, who survives him. Jerry was a lifelong supporter of the First Baptist Church in Norwich, enjoyed 26 years serving on the Board of Directors of Dime Bank, and had a true passion for golf which he especially enjoyed with his Norwich and Melbourne, FL friends. While his physical presence will be deeply missed, his legacy of family devotion and business success will live on. Besides his wife Christine, Jerry is also survived by his daughter Diane (Dee) Quinlan; granddaughter Kelly Deegan and husband Michael; great-grandchildren Joshua and Hannah Deegan; nieces Jean Bergendahl and Randy Ellen Glasgow; nephew Michael Desnoyers; and cousin David Taylor who never missed Jerry's birthday. He was predeceased by a brother, John Rogers and his wife Ellen, along with a sister-in-law, Estelle Kramarewicz, and her husband Andrew. To leave a condolence or share a memory, please visit www.churchandallen.com
See more See Less

In Memory Of Jerome T Rogers