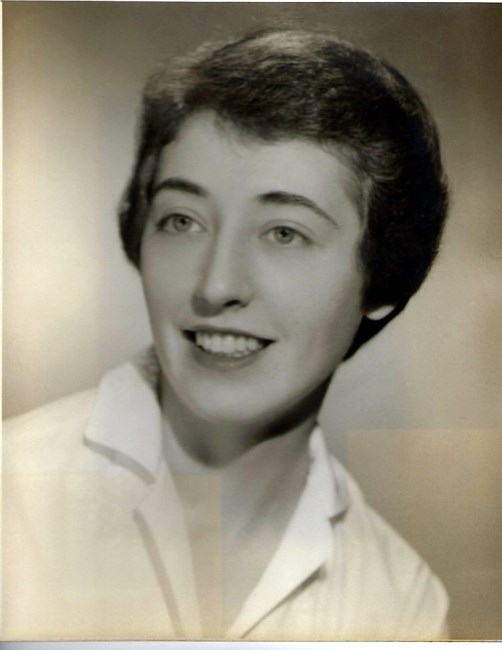 Mary Knoll Edgar 1935-2022 Norwich Edgar - Mary Knoll Edgar, beloved wife, sister, mother, grandmother, and great grandmother during her legendary 86 years died on Saturday January 22, surrounded by her family in Norwich, Connecticut. She was born Mary Regis on October 3, 1935 in Albany, New York, to Evelyn Ella Johnston and William R. Moran. Mary spent summers at her grandparents on the Maine coast outside Camden. She graduated from Vincentian Institute in Albany, NY in 1954. She went on to St. Luke’s Hospital School of Nursing in New York City and graduated in 1957. While serving as Head Nurse she met Malcolm Shepherd Edgar, Jr. They married in Albany, June 1961, and eventually settled in Norwich to raise their family. Mary returned to college at Connecticut College in New London, CT graduating with an Art History major in 1981 with Phi Beta Kappa honors. During her life she raised three boys, two granddaughters and one great grandson; as well as many Saint Bernards and Bernese Mountain dogs. To her grandchildren, and many others, she was known simply as “Queen M”, a title that suited her perfectly. Mary maintained an active role in the St. Luke’s Hospital School of Nursing Alumni Foundation, was an avid gardener, as well as a contributor to many local groups and charities in Norwich. She also loved sharing and testing recipes family members and friends. She is survived by her husband, Malcolm, of Norwich, CT and their three sons David and his wife Shawn; Michael and his wife Amy; and Peter Edgar. She is also survived by her sister Lynn Faulkner and her husband William of North Stonington, as well as her brother Frank Carl Knoll of Manor, TX. Queen M leaves behind her six grandchildren Sarah Kuppe and husband Chris, Margaret Edgar and partner Michael Zaia, Lindeman Edgar, Malcolm Edgar and wife Lexi, Georgiana Edgar and William Edgar. She also leaves behind three great grandchildren Finn Kuppe, Buckley Edgar and Beau Edgar. Queen M, was strong willed, boldly confident and annoyingly defiant; but mainly extremely loving and always there for anything her family needed. Her incredible life will be a reminder that one person can make a difference. Queen M will be missed every day. In lieu of flowers, the family asks that Honorary and Memorial Gifts be made to: Habitat for Humanity in Southeastern CT 377 Broad Street New London, CT 06320-3725 www.habitatect.org or Planned Parenthood of Norwich, CT 12 Case Street Norwich, CT 06360. Please visit www.labenskifuneralhome.com to leave an online tribute or condolence
See more See Less

In Memory Of Mary Knoll Edgar