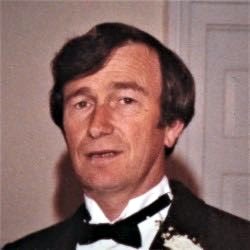 Peter Vladimir Cuprak of Norwich, CT, passed away peacefully on May 4, 2022, at the age of 80. Peter was born on October 15, 1941, in Norwich, CT. Peter graduated Norwich Free Academy in 1959. After which, he entered North Dakota School of Forestry and earned an Associate in Science in Forestry. He then enrolled in North Dakota State University and earned a bachelor’s in science in Botany. Peter was blessed with a large and loving family. He married his first wife Barbara Carol Cuprak (Carlsrud) on June 17, 1967. They parented two daughters and one son between California and Connecticut. On December 31, 1998, Peter married his second wife Bonnie Cuprak (Metz) who he spent his remaining years with spending much of their free time with their 4 grandchildren. Peter held many different job titles over his 80 years on earth. He drove a wrecker in college for a service station. He worked for the Bureau of Land Management as a smokejumper and later became a Line Boss for many hot-shot crews between Alaska and California. Peter even dipped his toes into cowboying in Montana. When he moved back to Connecticut, he took over his father’s commercial cleaning business New System Building Maintenance which later became Norwich Window Cleaning. While handling his business, he dove into politics in 1981 and was elected and re-elected in 1983 as an Alderman to the Norwich City Council. In 1984 Peter won the seat for Connecticut State Representative for the 47th district, where he served one term. During his political career he assisted in drafting and the passage of many bills to better his local community and state. His proudest achievement was passage of the Volunteer Firefighter Relief fund (pension) in Norwich, CT with the help of Red McKeon In-between his professions and family life, he was a volunteer firefighter with the Yantic Fire Engine Co. #1 in Norwich.Over his 49 years of service to the department and community, he was a firefighter, EMT, and EMSI among other ranks, the highest rank held was Assistant Chief. Peter was predeceased by his mother Jeannette Cuprak (White), father Bohdan Cuprak, his first wife Barbara Cuprak, and his youngest brother Jan Cuprak. He is survived by his wife Bonnie Cuprak (Schroeder), his daughters Lara Cuprak-Grossi; husband Brian, Tamara Dryden (Cuprak); husband Jim, son Jon Cuprak; wife Erika, his stepson Gary Metz, brother Bohdan Cuprak; wife Peggy, as well as his grandchildren Mary, Luca, Julia Grossi, Cora Metz, and Alex Dryden. Peter will be deeply missed, and all the memories created over many years of love and friendship will be cherished forever. He loved fiercely and deeply and everyone that knew him will take comfort knowing he is now at peace surrounded by those who left before him. Visitation will be held at Labenski’s Funeral Home, 107 Boswell Ave., Norwich, CT 06360 on Wednesday 5/11/2022 from 4:00P – 8:00P. Mass will be held at Sacred Heart Church 57 West Town Street, Norwich, CT 06360 on Thursday 5/12/2022 at 11:00A with burial to follow at St. Joseph Cemetery in Norwich. In Lieu of flowers, donations can be made to the Yantic Fire Engine Co. #1, 151 Yantic Road, Yantic, CT 06389.
See more See Less

In Memory Of Peter V. Cuprak