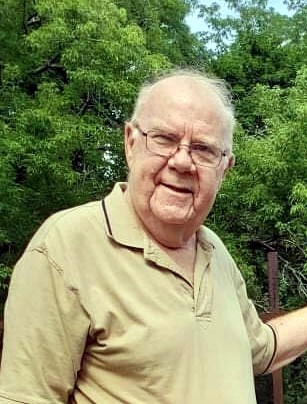 The Bazinet family is saddened to announce the passing of Richard Alan Bazinet, our beloved husband, father, grandfather, and brother, on January 19, 2023 at the age of 74. Richard was born March 13, 1948 to Francis and Madeleine Bazinet and was the oldest of 5 children. He spent his childhood playing with his siblings, cousins and close friends in the close-knit community of Taftville, CT. He attended Sacred Heart School and graduated from Norwich Free Academy in 1966. He went on to receive a bachelor’s degree in economics from the University of New Haven in 1971. He met Judi, the love of his life, while working at the Farm Shop and they married in 1974. Together they had 2 children, Jason and Nicole Bazinet, and he gained 2 stepchildren Ronald and Catherine Ruth. He absolutely adored his 3 grandsons Christopher, Charles, and Emery. Richard made a livelihood as a businessman and entrepreneur. He began working in the restaurant business in high school and then turned his attention to the insurance industry where he worked as a salesman for MetLife and later the Waitte Agency. He spent most of his career in the food-service industry, most notably as the co-owner of Taft Station Restaurant, a diner located in a former train station depot that served delicious breakfasts. He also dabbled in real-estate and home renovations. The common thread through all of these professions was his love of people and a commitment to serving his community. He volunteered with and supported many local organizations including the Knights of Columbus, the Norwich Chamber of Commerce, Backus Hospital, Veterans groups and first responders. Richard was known for serving food to police officers and snowplow drivers during winter storms. He was honored with the Norwich Branch NAACP Community Service Award in 2011. Richard loved being around people and everyone he met became a friend. He enjoyed spending time at Dixie Donuts and hosting Happy Hour at the house. He was a good storyteller with a great sense of humor and a hearty laugh. He enjoyed listening to musicians such as the Moody Blues, Santana, Eric Clapton, and Jackson Browne. He attended Woodstock and later became an usher at the Mohegan Sun Arena so that he could attend the concerts. He was an avid fan of the NY Giants and the men’s and women’s UCONN basketball teams. He enjoyed handyman projects and was proud of the home he renovated for his family. He enjoyed the great outdoors and took road trips to see the national parks. He had an impeccable sense of direction and could make his way through any city. Richard may be best remembered for his sweet tooth and love for pastries, pie, pancakes, ice cream, and maple syrup, all lovingly referred to as “Grampy food” by his grandsons. Richard will be fondly remembered as a loving and devoted husband, father, grandfather, and brother. He is survived by his wife Judi, daughters Catherine Ruth and Nicole Bazinet, son Jason Bazinet and his partner Emily Jeffrey, grandsons Christopher Meneo, Charles Bazinet, and Emery Bazinet, and siblings Jeanne Shouse, Denise Tyburski, Joyce Mandeville, and Paul Bazinet. A funeral will be held on Friday February 3, 2023, at 10am at St. Patrick’s Cathedral in Norwich, CT, followed by a burial at Sacred Heart Cemetery. In lieu of flowers, the family asks that those who are able consider a donation to St. Jude Children’s Hospital or your favorite Veteran’s charity.
See more See Less

In Memory Of Richard A Bazinet