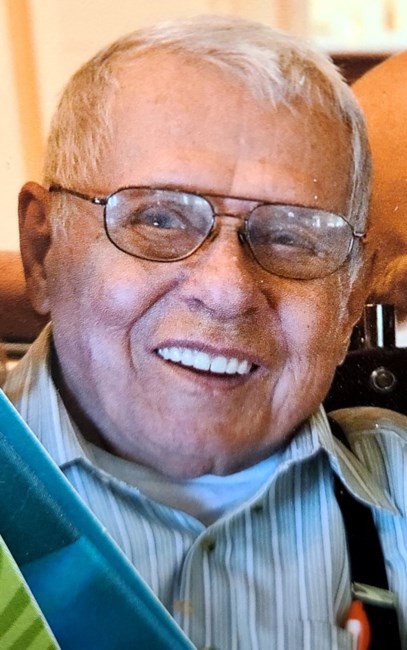 Robert(Bob) Edward Fuller, 93, passed away surrounded by family at Beechwood Rehabilitation in New London on May 4, 2022. He was born on October 22, 1928 in Providence, Rhode Island to Murette (Maynard) Fuller and Army LT. Colonel Oliver A. Fuller. He graduated from Hope High School in 1947 and studied printing in their vocational technical program. He was fascinated with publishing and soon began working selling subscriptions to The Saturday Evening Post and Ladies Home Journal and became a top rep, despite being runoff on a regular basis by the Brown University Police department for selling on campus. Bob was a big fan of music especially Glen Miller and played music before baseball and hockey games at the Pawtucket Stadium, Veteran’s Auditorium and East Providence stadium. He joined the U.S. Navy in 1948-1950 as a third class radar man on the aircraft carrier Phillipean Sea. Throughout his life he loved to attend many reunions and celebrated with his fellow seamen. After his duties were finished with the Navy, he continued to learn more about printing, while working at Technaprint in Providence. He established Fuller's Printing Service, first in his mother’s basement and then on Elmwood Avenue in Cranston, RI in 1952 and finally relocating it to Hope Valley, RI in 1968. He married on July 3, 1953 and was the devout husband of Ellen Francis (Guertin) for 40 years and was the father of four children, William R. Fuller of Groton,Gary Edward Fuller (Deceased) John J. Fuller of Old Saybrook and Gloria Ellen (Fuller) Anderson of Bailey, CO. He also leaves behind several grand children including Alexander Fuller, Theresa Fuller, Abigail Anderson, Josiah Anderson and Gabriel Anderson. After retiring Bob became involved with the Norwich 50+ Singles and rose through the ranks and became the director of entertainment, hiring and scheduling bands and writing and publishing the newsletter for the club for over 15 years. He designed many of the logos for his son John’s radio station’s including WBMW, WJJF and WPJB. Bob enjoyed music and dancing, talking on the CB radio and chowder and clam cakes. He also liked to travel and sailed through the Panama Canal and he liked camping near the ocean, whether it was Maine or the Charlestown breechway. He also enjoyed visiting his daughter Gloria in Colorado where he went whitewater river rafting and stopped by the Coors Brewing Company to have a cold one. The family would like to thank the caring and loving staff of Beechwood Rehabilitation where Bob has called come home for the past 7 years. Visitation will be held at the Church and Allen Funeral Home, 136 Sachem St. Norwich on Friday, May 6, 2022 from 4pm to 7pm. A Mass of Christian Burial will be celebrated at St. Patrick Cathedral, 213 Broadway, Norwich CT on Saturday, May 7, 2022 at 10 am, meeting directly at the Cathedral. Burial will follow at St. Anne’s Cemetery, 75 Church St. Cranston RI, at 2 pm. To leave a message of condolence for Bob’s family, please visit his memorial at www.churchandallen.com The Church and Allen Funeral Home is assisting the family with arrangements.
See more See Less

In Memory Of Robert Edward Fuller