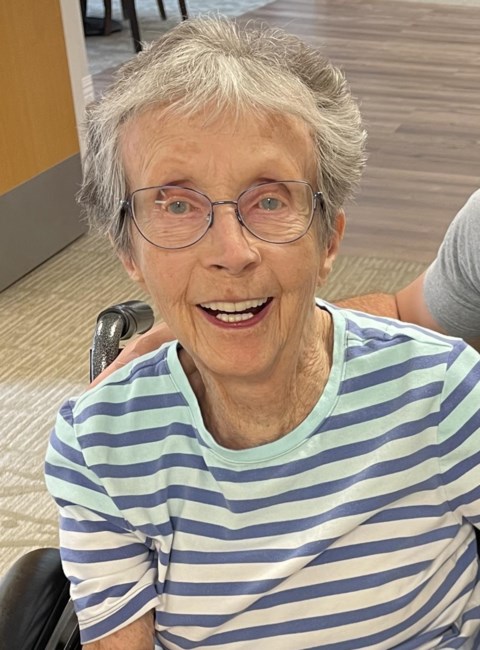 Shirley P. Dierman, 95, passed away with family by her side at Pierce Memorial Baptist Home, Brooklyn, CT on January 19, 2023. Shirley had relocated to Pierce Memorial in December 2022 due to failing health. Upon retirement from American Optical in Norwich, CT, Shirley and her Husband Martin moved to Englewood, Florida where she wintered for the next twenty years. Summer months were spent at her summer home on Pachaug Pond in Griswold, CT which she enjoyed for over 50 years. Shirley was always happiest being by the water. Shirley was born on September 23, 1927 in Westbury, Long Island in New York, the daughter of Frank and Ella Pratt. She was predeceased by her husband Martin Dierman, sister Dorothy Quinn and brother Ralph Pratt. She is survived by her older brother, Waldron Pratt, sons, Larry and Michael, daughter, Patricia Brummett and five grandchildren and three great grandchildren. In honor of Shirley’s wishes, there will be no calling hours. A private graveside service will be held at a later date. In lieu of flowers, Shirley suggested donations be made to the Slater library in Griswold, CT where she enjoyed being a patron for many years. Fond memories and expressions of sympathy may be shared at www.churchandallen.com for the Dierman family.
See more See Less

In Memory Of Shirley P Dierman