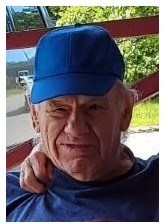 William Henry Daniels Sr, 85 of Franklin CT. passed away on April 24 2022 at William W. Backus Hospital (Known to many people as “Bill “) William was Navy Veteran, he worked as a boiler operator on the USS Boston/ Mediterranean Sea 1954-1957, He served on the USS Eaton/ Mediterranean Sea 1962-1964, and also served on the USS Gearing and the Vietnam / Cuba and Korean war. He was also an auto mechanic for Whaling City Ford, Danielson Ford, Linder Dodge, Plaza ford, the City of New London Town Garage, the Waterford Volunteer Fire Departments, Blonders junkyard, Norwich Cylinder gas, Robinson Paper Box. William (Bill) is survived by his wife Lillian of 56 years, their four children Janet Trama (Steven), Lori, Kenneth, William Jr; his brother Bradley Daniels (Lucy), brother Frederick, niece Karen Allen (Dana), other nieces and nephews and their children. William is predeceased by his mother, Mattie Louise Goss, and his father, Archie Allen Daniels, his sister Dorothy, and his brother Allen. William was a dedicated family man. He enjoyed spending time hunting, fishing, and traveling up north. He also enjoyed working on his vehicles. He was active in many organizations, including the American Legion, the Veterans of Foreign Wars (VFW), and Seabird Enterprises. Not only did he donate generously to these organizations, but also donated to the Montville High School Class of 1991, and the St Vincent DePaul Soup Kitchen in Norwich. He enjoyed participating in the Norwich Baptist Chapel cake baking and decorating contest, where he won the contest three times in a row. Church and Allen Funeral Home of Norwich is in charge of arrangements and graveside service at Franklin Congregational church cemetery, also known as plains cemetery, Under the Mountain Road, Franklin, CT will be held at 11:00 am on Wednesday 5/18/22
See more See Less