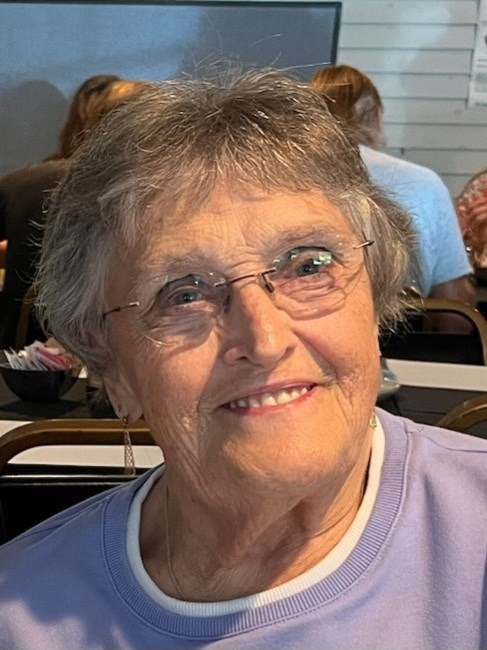 Ruth Leila (Mott) Tucker, 86, of Norwich, NY passed away peacefully Friday, 11 November 2022 at Wilson Hospital after a prolonged illness. Born on 15 December 1935 in Bainbridge, NY, she was the elder daughter of Carlton L. and Dorothy (Bouck) Mott. She graduated from Norwich High School in the Class of 1955. Over the years she worked in Norwich at the Family Bargain Center, Norwich Shoe Company, and the Norwich Pharmaceutical Company, and at Walmart's Stores in Radcliff, KY. On 30 January 1971, Ruth married Edwin Tucker at Broad Street Methodist Church. They took up residence at Fort Bragg, NC and remained there until July 1976. After eight months at Fort Bliss, TX, the Tucker's were transferred to Baumholder, FRG until February 1980; April-December of 1980 found them in Manchester, NH; and then to Fort Knox, KY until December 1982. January 1983 found them in Butzbach, FRG, and then back to Fort Knox, KY from 28 October 1985 until 31 January 1990. During the time listed above, Ruth joined the Non-Commissioned Officer Wives Club at each assigned Army Post, and served as president in most assignments. Ruth was many things to many people, wife, mother, sister, aunt, grandmother, great-grandmother, and friend to many. She is survived by her husband, Edwin; sister, Doris Ashcraft of Norwich, NY; son, Douglas Armondi, (Sheila) of Lawton, OK; step-sister Ann Rutledge Bradley of Fort Worth, TX; sister-in-law Rose Mott of Norwich, NY; step-son, Edwin Tucker of Branson, MO; and step-daughter, Ann Daniel, (Darrell) of TX'; and many nephews and nieces She was preceded in death by her parents; her son, Scott E Tucker; her brother, Milton Mott; and grandson, Douglas Armondi. Friends are invited to call at the Fahy Funeral Home on Tuesday 29 November 2022 from 10am-noon. The funeral service will follow at noon and Pastor Jason Boyd will officiate. Burial will follow at Mount Hope Cemetery. Donations in Ruth’s name may be made to American Legion Auxiliary, Unit 189, 29 Sheldon Street, Norwich, NY 13815.
See more See Less