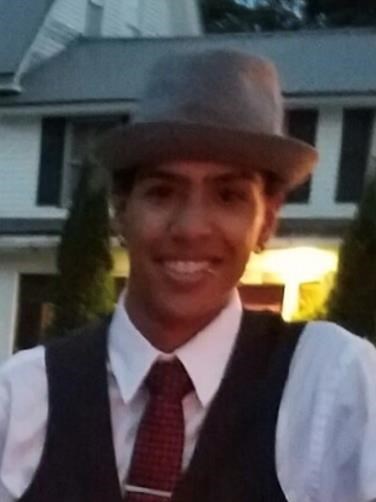 Edgard Ciampa, 25, passed away suddenly on October 11, 2021, after a long battle with depression. Edgard was born in Salem on October 10, 1996, and became a part of a loving family with Rico and Patty on June 29, 2001. He was an employee of Bossard in Stoughton and enjoyed his work.

Edgard was the love of his parents’ lives. He enjoyed playing trumpet and sitting on the back porch having deep talks with his Dad while listening to music. He loved reading, listening to all genres of music, and especially loved his son, Xavius, who was the light of his life. Edgard traveled quite a bit with his parents and loved cruising. He enjoyed cooking, gaming, and dressing in fine clothes.

Edgard leaves his mother, Patricia “Patty” Diaferio of Norwood; his son, Xavius Michael Ciampa of Foxboro; his brother, Luis Doe of Andover; his aunts and uncles, Anne Howe aka “Grandma” and her partner, Michael Liotta of Walpole, Judy McAvoy of Medfield, John Diaferio of West Roxbury, Carol Rafferty of Weymouth; his cousins, Matthew Howe of Meredith, NH, Michael Howe of Medfield, Nicole McAvoy of Norwood, Jessica Genninger of Worcester, Michael Rafferty of Kingston, and Sean Rafferty of Bridgewater. He was preceded in death by his father, Enrico “The Man” Ciampa.

In lieu of flowers, donations may be made to the Samaritans in memory of Edgard Ciampa to support suicide prevention work in Massachusetts: Samaritans, Inc., P.O. Box # 610189 Newton Highlands, MA 02461-9998 or via samaritanshope.org/donate. Donations may also be made to the Depth Recovery Project, 884 Washington Street, Suite 100 Weymouth, MA 02189.

Fond memories and expressions of sympathy may be shared at www.gilloolyfuneralhome.com for the Ciampa family.

In Memory Of Edgard Joel Ciampa