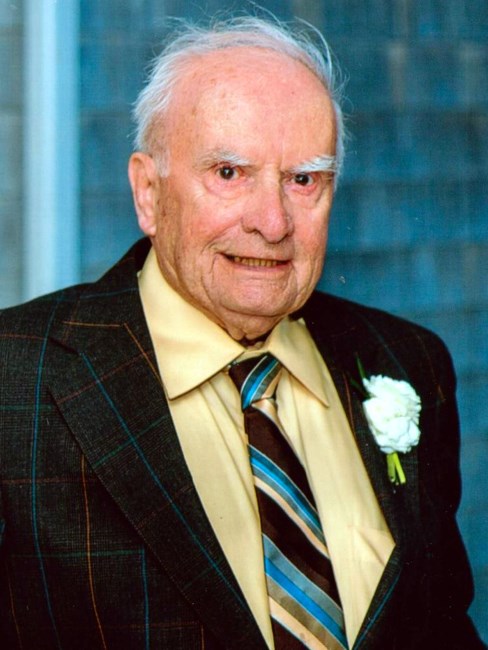 Frederick J. Dyer, a lifelong resident of Norwood, passed away on Tuesday, September 13, 2022 at the age of 95. He was the beloved husband of the late Alice L. (Martin) Dyer, with whom he shared 59 years of marriage. Born in Norwood to the late James A. and Elizabeth (Brissette) Dyer. He worked as a custodian in the Norwood Schools and retired from the Prescott School after 26 years of service. He had a passion for waterskiing and boating. Frederick served as a past President of the Norwood Eagles, was a former Norwood Auxiliary Police Officer for 10 years, and a member of the Norwood Auxiliary Police Pistol Team. Frederick is survived by his loving children: Frederick J. Dyer, Jr. of Plainville, Sylvia Sullivan and her husband Bob of Walpole, Deborah Sperdigliozzi and her husband Tony of Walpole, and Kathleen Partridge and her husband Russell of Norwood; his cherished grandchildren: Brian Jones, Elizabeth Sullivan, Robert Sullivan, Michael Partridge, David Jones, Christopher Sullivan and Meghan Couture; and his great-grandchildren Alexa, Jason, Shayne, Max and Kyle Jones, Blake Jones, Cameron and Dylan Partridge and Madelyn Couture. In addition to his wife and parents, Frederick is predeceased by his sister Elizabeth Columbo. Friends and family are invited to attend Frederick’s visitation on Saturday, September 17, 2022 from 8:00 AM to 11:00 AM at Gillooly Funeral Home, 126 Walpole Street, Norwood, MA 02062. His funeral service will be held at 11:00 AM at Gillooly Funeral Home. Interment will be in Highland Cemetery, Norwood. In lieu of flowers, memorial donations may be made in his name to the Norwood Senior Center, 275 Prospect Street, Norwood, MA 02062.
See more See Less

In Memory Of Frederick J. Dyer