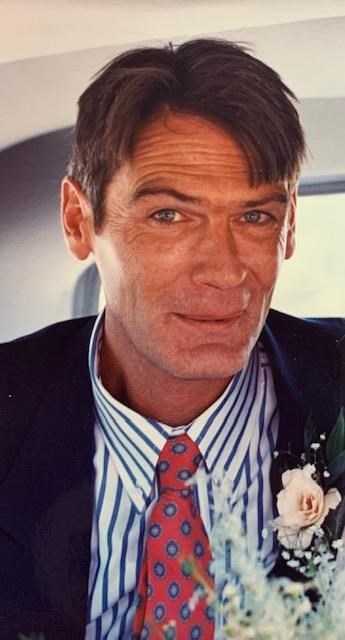 James “Jay” Dixon, 70, of Newton, passed away peacefully on Friday February 7, 2020. Born March 1, 1949 in Norwood. He was the son of the late John and Ellen (Drummey) Dixon. Jay is survived by his beloved wife of nearly 30 years, Aina (Kurzemnieks) Dixon; his adored daughter, Alexandra Dixon of Newton; his loving siblings, Kevin T. Dixon of Washington, Peter V. Dixon of Washington, Honor M. Dixon of Norwood, Christopher B. Dixon of Norwood, the late Debra O’Neil and the late Sean M. Dixon; and sixteen cherished nieces and nephews. Jay graduated from Xavarian High School in 1967, where he was a member of the basketball team. He then went on to study at Boston University and graduated in the year 1971. Jay was a proud defensive end for the 1969 Pasadena Bowl Team, and last fall he was thrilled to attend the 50th Anniversary Reunion with all of his fellow teammates. Jay was a NFL draft pick for the Cleveland Browns. Jay was devoted to his family and always encouraged them to do what would made them happy. He loved the many ski trips they would take together, trips to many of the National Parks out West, and especially enjoyed their trip to St. Martin, which he talked about for years. He spent many summers enjoying the beaches of the National Seashore. Jay always had compassion for others and impressed the importance of being understanding of other people onto his daughter. In many ways he walked to the beat of his own drum, but that is what made him the funniest guy in the room. After spending many years working for the Teamsters and on Cape Cod as a shell fisherman, he enjoyed his retirement splitting his time between Newton and Wellfleet. Jay was active in his community and vocal about issues that he was passionate about. One of Jay’s last wishes was to donate his brain to Boston University Chronic Traumatic Encephalopathy Center. Visitation will be held on Wednesday February 12, 2020 from 4 to 8pm at Gillooly Funeral Home, 126 Walpole Street, Norwood. Funeral Mass will be held on Thursday February 13, at 11am at St. Catherine of Siena Parish, 549 Washington Street, Norwood. In lieu of flowers, contributions may be made in Jay’s honor to the Boston University Chronic Traumatic Encephalopathy Center www.bu.edu/cte/
See more See Less

In Memory Of James "Jay" Dixon