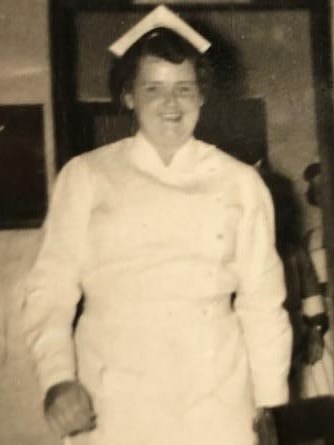 Age 95, formerly of Norwood, MA, died peacefully on January 20, 2023 at the Winchester Nursing Center, Winchester, MA. Janet was the daughter of the late WIlliam and Helen (Davis) Dunphy of West Newton, MA, and was predeceased by her brother WIlliam (Bill) Dunphy and sister Helen O'Donnell Dougherty, Lois Kellier, and Barbara Dunphy. Janet leaves many nieces nephews who will truly miss her quick wit and caring love. Janet was born and spent her youth in Atlantic Heights, New Jersey. The family relocated to West Newton, MA in the late 40's. Janet began her successful nursing career graduation from Boston Children's Hospital, School of Nursing, Boston, MA, and attained her BSN at NYU in New York City. Janet returned to Massachusetts to begin her teaching career as a nursing instructor at Boston College School of Nursing, as well as overseeing the college infirmary. Janet completed her nursing career as the Director for the MNA, District 5. She represented the MNA, District 5, as their delegate for the ANA conventions until her retirement. Upon retiring, Janet continued to assist the MNA, as a volunteer, as well as mentoring many young nurses. Janet was an active member of the St. Timothy's Parish in Norwood. She served as lector and helped to establish a Parish Nurse position and Health Care Ministry at the church. Janet will be remembered as a beloved sister, aunt, friend, and highly respected leader in the nursing community. A Funeral Mass for Janet will be celebrated at St. Timothy's Church, 650 Nichols St. NORWOOD, on Thursday, January 26, 2023 at 10:00am. Burial will follow at Highland Cemetery, 320 Winter Street NORWOOD. In lieu of flowers, donations may be made in Janet's name to Ascend Health, 352 Belmont St., Worcester, MA 01604.
See more See Less

In Memory Of Janet Marie Dunphy