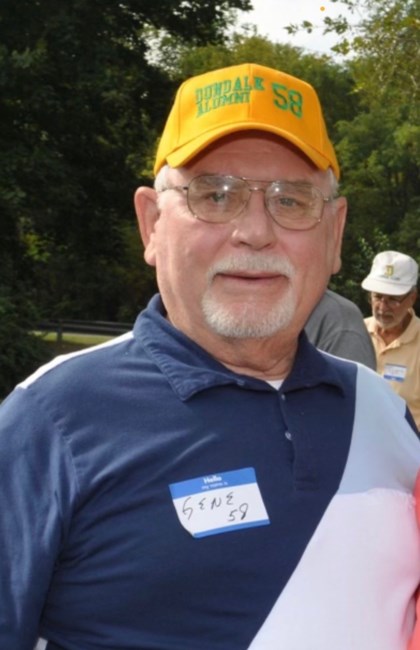 On July 31, 2022, Eugene “Gene” Berwin Bathurst, 81, passed peacefully at age 81 at his home in Baltimore, MD. He is survived by his loving wife of 58 years, Lesley (Matthews) Bathurst, his sons Jeffrey Bathurst (Johanna Bathurst), Matthew Bathurst (Amy Bathurst), and Lucas Bathurst (Nancy Bathurst), and his adored grandchildren Rowan Bathurst, Trent Bathurst, Ava Bathurst, Emma Bathurst and Isabelle Bathurst. Gene was loving son of the late Berwin Bathurst (Mildred Bathurst) and late Helen Bathurst; was dear brother to Carol Brown and husband Jay, the late Donna Gorray and husband Robert, Daneen Fleming and late husband Robert, Steven Bathurst and wife Marie Chavez, Susan Bathurst, Stewart Bathurst and wife Kim; proud uncle of Laurie Zebron, Darrin Brown, Daneen Siefert, Patrik Fleming and Amy Fleming. He is also survived by several great-nieces and nephew, cousins, relatives, friends, former colleagues and coworkers, and countless soccer and baseball players he had coached. Gene grew up in Dundalk, MD and graduated from Dundalk High School in 1958. After attending Lamar University in Beaumont, TX, he enlisted in the US Army in 1960, serving three years, and then completed his military service with an additional three years with the US Army Reserves. He then went to work for the Department of Defense serving in various roles within the National Security Agency, where he retired in 2000. For those wishing to honor his memory, consider donating to Guiding Eyes for the Blind at: https://donate.guidingeyes.org/. A celebration of his life will be later this fall; details will be communicated through family members.
See more See Less

In Memory Of Eugene Berwin Bathurst