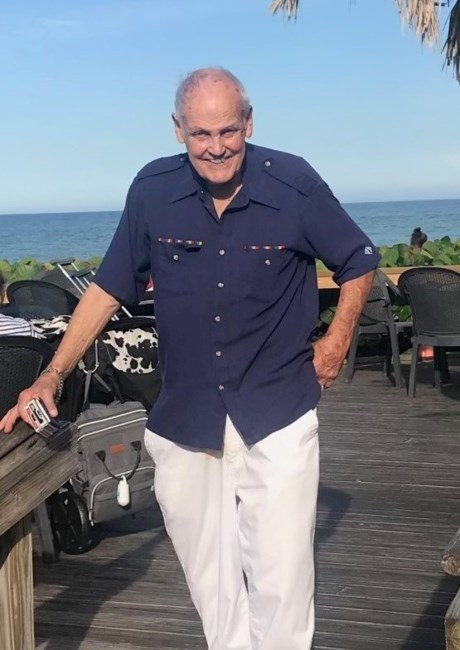 CHARLES (CHUCK B.) BARBER FROEMKE, 87 1935-2023 OCALA, FLORIDA – Chuck B. Froemke, age 87, peacefully passed away on Sunday, January 22, 2023 surrounded by family. Chuck is survived by daughters Tara Prather and Barbara Smith, son Charles B. Froemke, Jr., stepdaughter Wanda O’Keefe, stepsons Eric Wibert and Kirk Wibert, six grandchildren, and nine great-grandchildren. He is preceded in death by his wife, Brenda Froemke, and sister, Patricia McLaughlin. Chuck was born in Minneapolis, Minnesota on June 29, 1935, and lived in Winter Haven, Florida most of his life. By trade he was a realtor and owned the Froemke Corporation in Lakeland and was named Florida Association of Realtors “Associate of the Year” and also was a professional clown and magician known as Mr. Clown and Chuck The Mystic Clown where he performed for adults and children. Other business ventures included operating a gym, high school sports coach, and an agent for local music bands. Fitness was an important part of his life and he played handball daily. He deeply enjoyed cooking and eating good food and believed there was nothing better than sitting down with someone to enjoy a well-cooked meal. He was always known for being kind to others, especially those less fortunate than himself and never met anyone that he didn’t call a friend. He will be sorely missed by so many. Chuck was a veteran and served during a brief period of time in the United States Navy during the Vietnam War. Funeral services in memory of Chuck Froemke will be held on February 24, 2023, 10:30am, at the Florida National Cemetery, 6502 SW 102nd Avenue, Bushnell, Florida 33513. Condolences can be left at www.forestlawnocala.com.
See more See Less

In Memory Of Charles Barber Froemke