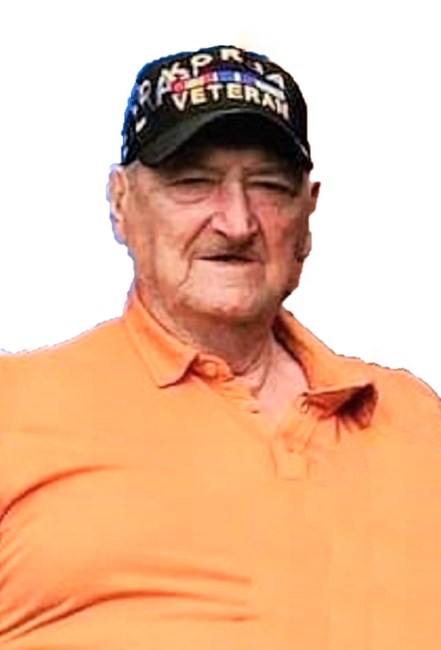 Charles Alexander Carlson gained his angel wings on May 9, 2022. He was as a good, hardworking man that loved his family. Charles was best known for always sending birthdays and anniversary cards to his family, something they will deeply miss. Charles was born on February 24, 1931 in Doland, SD to Charles and Mildred Carlson. He grew up in Doland and before being able to walk across the stage to receive his diploma, Charles enlisted in the United States Air Force. He was a proud Veteran that served during the Korean Conflict and went on to enlist in the USAF Reserves upon his active duty discharge. While stationed in Oklahoma, he met the love of his life, Joyce. They were united in marriage on March 17, 1956 and together they had 7 children. Charles and Joyce enjoyed traveling together. Joyce passed away on March 23, 2003. He spent many years as a traffic controller for the AFF. When he wasn’t working, you could often find him flying “lawn darts.” Charles loved flying and being up in the sky. He was also enjoyed being an auctioneer for a few years. Charles always looked forward to his family reunions every year, and made every effort possible to have everyone attend. In his spare time, he enjoyed going to garage sales, working in his garage and going to casinos. He enjoyed listening to Blue Grass music and would often travel a distance to attend concerts. In his younger years, he played a guitar and banjo in a band. Charles is preceded in death by his wife, Joyce, parents, daughters Charlene Carlson and Patricia Bower, and son Garnett Duncan, Jr. He leaves behind his son, William Carlson, daughter Glo Cunningham, son Michael and his wife Marie Carlson, son Donny Carlson, numerous grandchildren, great-grandchildren, nieces, nephews and extended family. Come-and-go visitation for Charles will be held on Monday, May 16, 2022 from 2 p.m. until 6 p.m. at Advantage Funeral & Cremation Services, 7720 S. Pennsylvania Ave. Oklahoma City, OK 73159. A graveside service is scheduled for Tuesday, May 17 at 1 p.m. at Rose Hill Cemetery in Calera, OK. Fond memories and expressions of sympathy may be shared at www.AdvantageSouth.com for the Carlson family.
See more See Less

In Memory Of Charles A. Carlson