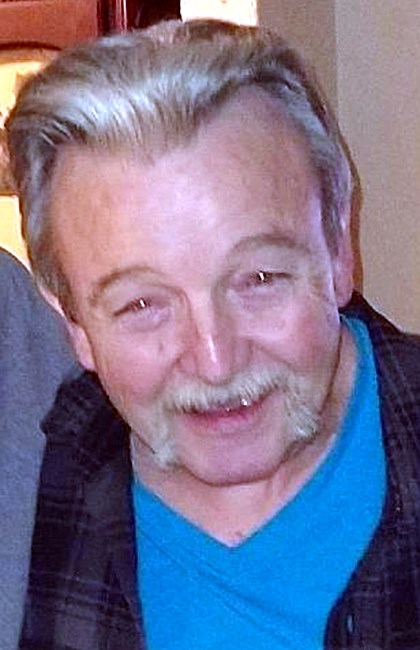 Gerald Lyn Clayton, 65, passed away on January 21st 2023. He was the widower of Cynthia Lynn Clayton, they shared 28 loving years together. Born in Oklahoma City, Oklahoma, Gerald Clayton was the son of Walter Allen Clayton and Lois Jean Clayton. Gerald graduated from Southeast High School, and completed a few semesters at Arkansas Tech University. Gerald was employed by General Motors and worked on the assembly line. Gerald enjoyed hunting, fishing, camping, and most of all spending time with his family, especially his grandchildren. Gerald will be remembered for his kind and giving heart. Gerald was the type of man to put others before his own needs. His charming and hilariously witty personality will always be remembered. He is survived by his girlfriend Patty Rogers of Oklahoma City. Son Jared Clayton, and his wife Tina Clayton of Marion KY. Daughter Mandy James and her Husband Chris James, Noble OK. His Grandchildren, Jared Clayton Jr., and his fiancé Emily Gondeck of Gettysburg PA. Phoenix James, and Gracie Kay Clayton of Marion KY. Daisy and Jones Mireles of Marion KY. Jazmyne Mireles of Oklahoma City. Haylea, Tyler, and Brooke Deal of Noble OK. Taylor Clayton of Mcloud OK. His brother Allen and his wife Mary Jo Clayton of Oklahoma City. In addition a host of nieces and nephews. He was proceeded in death by His parents Walter and Lois Clayton of Dover, Arkansas. His wife Cynthia Lynn Clayton, and his son John Turner Clayton. The viewing will be held on January 27th 2023 from 5:00pm-7:00pm, at Advantage Funeral home. 7720 S Pennsylvania Ave, Oklahoma City, OK 73159. The service will be held on January 28th 2023 at 10:00am at Advantage Funeral home, with interment at Resthaven Cemetery, Oklahoma City.
See more See Less

In Memory Of Gerald Lyn Clayton