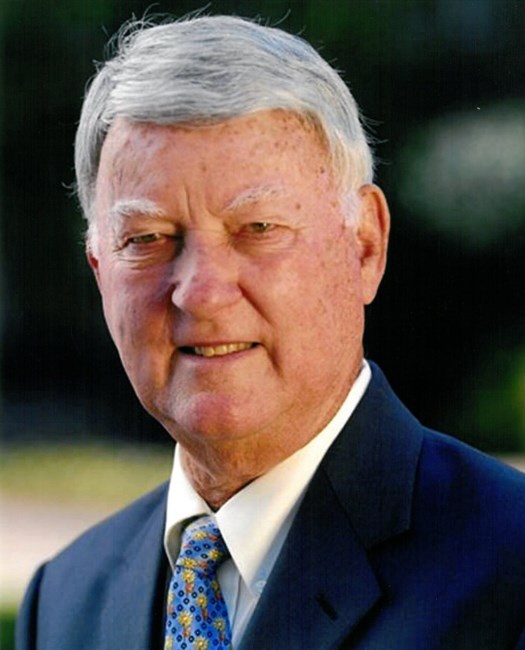 NOTICE For those wondering, the visitation scheduled for Thursday, March 19, WILL take place. In honor of the precautions and mandates that local and national leaders have put in place, visitation will be limited to small groups at a time. The family will meet and greet visitors and assist in taking small groups into the visitation room. Thank you for assisting us in honoring the Synan family during this sensitive time for both their family and our nation. OBITUARY DR. H. VINSON SYNAN December 1, 1934 – March 15, 2020 Dr. Vinson Synan of Edmond, OK was born December 1, 1934 in Hopewell, Virginia. He is the son of Bishop Joseph Alexander Synan and Minnis Evelyn Perdue Synan. He was preceded in death by his parents, brothers Joseph Alexander Synan, Jr., Maurice Edwin Synan, Ronald Kay Synan, sister Doris Jean Elliott, his twin brother, Hubert Vernon Synan, and granddaughter, Rebecca Marie Synan. He is survived by his wife of 59 years, Carol Lee Fuqua Synan, of Edmond, OK, daughter Mary Carol Clark (Curt) of Falcon, NC, daughter Virginia Lee Taylor (J. Mark) of Edmond, OK, son Harold Vinson Synan, Jr. (Laura) of Edmond, OK, son Joseph Alexander Synan III (Ashley) of Piedmont, OK, and his eldest sister, Maurine Synan Gminder, of Salisbury, NC. He is also survived by his eight grandchildren, Lauren Ashley Smith (Brien), Victoria Elizabeth Ward (Jordan), Justin Thomas Clark (Mary Catherine), Lilly Cait Synan, Preston Alexander Synan (Maddie), Priscilla Jo Synan, Chad Anthony Synan, and Amelia Elise Synan, and seven great grandchildren. Though he was an author, pastor, educator, and historian with a widespread global influence, his favorite titles were Husband, Dad, Granddaddy, and Great Granddaddy. Vinson earned a B.A. in History from the University of Richmond, and both an M.A. and Ph.D. in History from the University of Georgia. He was the author of twenty-five published books – many of which have been college and university textbooks for years. Early in his career, he served as pastor of four churches in Virginia and Georgia. After teaching at Emmanuel College in Franklin Springs, GA for thirteen years, the family moved to Oklahoma City, where he served at the General Headquarters of the Pentecostal Holiness Church as the General Secretary, Assistant General Superintendant, and Director of Evangelism. In 1970, Vinson co-founded and was the first President of the Society for Pentecostal Studies, which became an international organization with thousands of members. SPS celebrated its 50th Anniversary this year. After serving as interim president of Southwestern College (now Southwestern Christian University) in Bethany, OK, and a professor of Pentecostal/Charismatic History and Director of the Holy Spirit Research Center at Oral Roberts University in Tulsa, OK, he returned to his native state of Virginia where he was Dean of the School of Divinity at Regent University in Virginia Beach for twelve years, followed by several years as a professor and Dean Emeritus. In 2017, Vinson and Carol returned to Oklahoma. He served as interim dean of the School of Theology at Oral Roberts University and developed the school’s Ph.D. program in Theology. Until his death, Vinson was Scholar in Residence at ORU, assisting President Wilson with various projects. Dr. Synan’s life and ministry reached around the globe. He spoke many times in the two largest churches in the world, in Seoul, Korea and in Santiago, Chile, and played a significant role in uniting the 350,000-member Jotabeche Methodist-Pentecostal Church of Chile with the International Pentecostal Holiness denomination. A great portion of his life was focused on a vision of unifying the Church at large in the power of the Holy Spirit. As a result, Vinson helped bring together as many as 50,000 Christians, including Catholics, Pentecostals, and Evangelicals from every major denomination, for multi-day Congresses on the Holy Spirit in The Superdome and the Kansas City Stadium, as well as in Orlando, Indianapolis, and St. Louis. He met and had dialogue with Pope John Paul. He has preached at the Vatican, and recently spoke to 30,000 Catholics at the Circus Maximus in Rome, sharing the stage with Pope Francis. Visitation with family and friends in the Oklahoma City area will take place on Thursday, March 19, from 4:00-8:00 p.m., Hahn-Cook/Street & Draper Funeral Service, Oklahoma City. Due to the coronavirus crisis, memorial services have been rescheduled as follows: Oklahoma Memorial Service Saturday, May 30, at 1:00 p.m. Christ’s Chapel (Oral Roberts University, 7700 S. Lewis Ave, Tulsa, OK 74171) Bishop Doug Beacham, General Superintendent of the IPHC, and Dr. Billy Wilson, President of Oral Roberts University, will officiate. Virginia Memorial Service Saturday, June 20, at 2:00 p.m. Regent University Chapel (1000 Regent University Dr, Virginia Beach, VA 23464) Dr. Pat Robertson, Founder and Chancellor of Regent University, Bishop Doug Beacham, General Superintendent of the IPHC, and Rev. Craig Walker will officiate. A private burial will be at Sunset Memorial Cemetery in Chester, VA. Rev. Bert Synan, Dr. Synan's nephew, will officiate. Memorial donations may be made in memory of Dr. Vinson Synan to the Holy Spirit Research Center at Oral Roberts University. Please make checks payable to: Oral Roberts University and forward to the following address: 7777 South Lewis Ave, Tulsa, OK 74171. For more information on the process of giving to ORU, including giving on-line, use the following link: https://oru.edu/alumni-and-friends/development/in-memory-honor.php The family would like to thank the staff of the Oklahoma Heart Hospital, Mercy Hospital, and AMG Specialty Hospital for their diligent care during the last seven weeks.
See more See Less