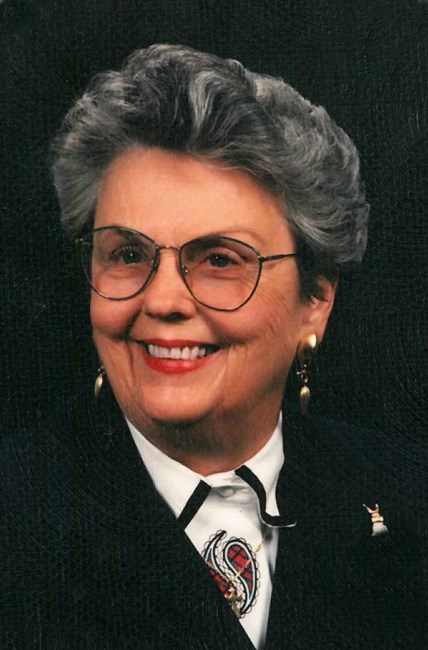 Jen Anne was born in Oklahoma City on October 27, 1928. She attended Wilson Grade School, Harding Junior High School and graduated from Classen High School in 1946. She attended the University of Oklahoma and was a member of Chi Omega Social Sorority. Jen Anne served as the Directress of the Diocesan Altar Guild under Bishops McAllister and Moody. She was also a fifty year member of the Altar Guild at All Souls’ Episcopal Church. Jen Anne was involved in multiple community and personal organizations. Jen Anne was preceded in death by her mother, Bertha McLain and stepfather Lt. General Raymond Stallings McLain. She is survived by her husband of 63 years, Dr. Ted Clemens, Jr.; her son, Ted Clemens, III; daughter, Teresa Anne Clemens and grandson, Ted Clemens, IV. Private Funeral Services will be held at All Souls’ Episcopal Church. In lieu of flowers, donations may be made to All Souls’ Episcopal Church, 6400 N. Pennsylvania, Oklahoma City, OK 73116 or the charity of your choice.
See more See Less

In Memory Of Jen Anne Clemens