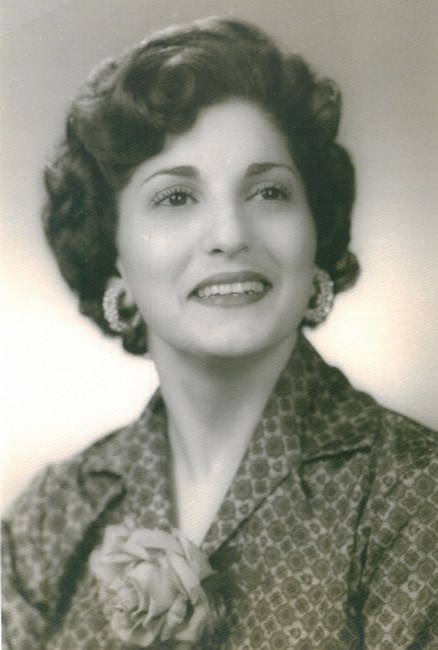 Joan Nayfa Thomson fell asleep in the Lord on July 4, 2017. Joan was born December 5, 1925 in Depew, Oklahoma to Fred and Adeena Nayfa. She moved to Oklahoma City at the age of 13 and attended Central H.S. where she was a valedictorian. Joan married at the age of 16 and had her 2 wonderful children, Jana and Michael Laham. As a rare single mother in the early 60’s she dedicated herself to hard work and raising her two children. She was a lifetime member of St. Elijah Eastern Orthodox Church, founded by her grandfather Right Reverend Shokrallah Shadid in his home in 1920. Joan was preceded in death by her parents, her husband Virgil, brother Edward and sister Louise. She is survived by brother Sam and wife Nancy, daughter Jana and husband John, son Michael and wife Terri, Grandchildren Ashleigh and Brian Hipp, Michael Laham, Matthew and Sofia Laham, Jessica and Brandon Kopepasah as well as her 4 great grandsons Eli, Jacob, Alexander, and Andrew. Many thanks to Scott and his team at Storey Oaks Memory care for their tireless efforts to take care of and seeing to her needs. Trisagion Prayer will be held 10:00 a.m., with Funeral Services to follow at 10:30 am, Friday July 7th at St. Elijah Eastern Orthodox Church. In lieu of flowers the family requests donations be made to St. Elijah Flowers that do not wither.

In Memory Of Joan Thomson