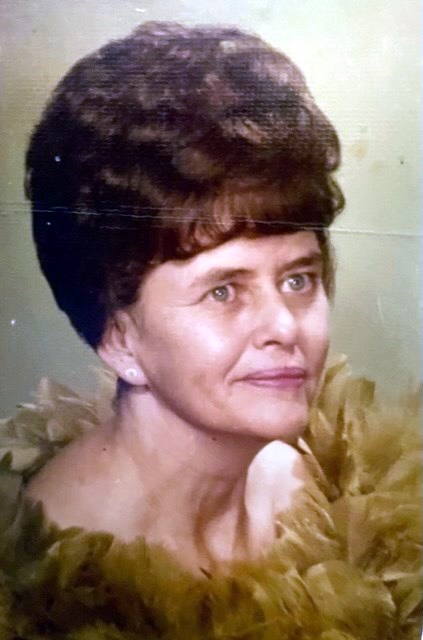 Margaret Lou (Rhoads) Clark was born January 9, 1939 in Lodi, Ohio and departed this life January 16, 2023 at the age of 84. Margaret was one of four children, daughter of Eugene E. Rhoads and Sarah Bell (Zimmerman) (Rhoads) Sixx. She married James E. Clark August 16, 1956 in Mesa, Arizona. She was a military wife and then worked for 20 plus years as a Certified Nurse Assistant retiring from Midwest Regional Hospital in the 80’s. She was an avid reader and once we convinced her the Kindle was better than paperbacks she managed to go through three. Margaret was preceded in death by her husband of 64 years, Jim; both of her sons, James E. Clark III and Richard Allen Clark; her parents and 2 brothers. Survivors include her daughter Debra Nett and husband Justin of Crescent, granddaughter Madison Clark and wife Brooke Driver of Oklahoma City, Janice and Chuck Killgore and Brooke’s children and grandchildren along with other relatives and friends and her beloved cat, Sassy. A graveside funeral will be held Friday, January 20, 2023 at the Arlington Memorial Cemetery. Arrangements under the direction of Bill Eisenhour Funeral home of Oklahoma City. Serving as honorary pallbearers - Justin Nett, Chuck Killgore and Jacob Driver.
See more See Less

In Memory Of Margaret Lou Clark