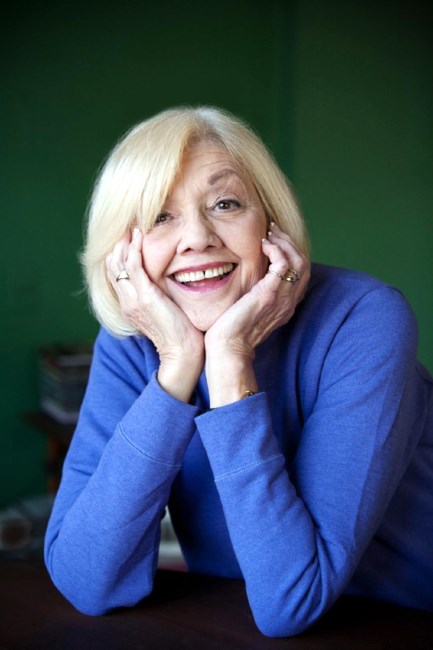 Sara Ann Fagin was born on August 11, 1938. She passed away peacefully in New York City on January 11, 2023, after a long illness. She grew up in Oklahoma City and graduated from Northwest Classen High School before attending Vassar College. After graduation from Vassar, she moved to NYC and began her career at the American Council on Germany. She then joined the administrative staff of Phoenix House Drug Treatment Center before she became Vice President of Development several years later. Later she accepted the position of Vice President for Development at the Hazelden Betty Ford Drug and Alcohol Treatment Center in the Minneapolis area. After several years, she became an independent Development Consultant until her retirement. Sara had a very successful and satisfying career and many friends in NYC and Minneapolis. She returned to NYC from Minneapolis in 2017 after her beloved significant other of 45 years, Barry Spector, passed away. Sara was preceded in death by her parents, Max and Adeline Fagin, and her brother, Charles Fagin. She is survived by her brother, Arnold Fagin, and his wife, Mari; her nephew, Dan Fagin, and his wife, Alison; her nephew, Barry Fagin, and his wife, Mila; her niece, Lisa Davis, and her husband, Dan; her grandnephews, Max Fagin and Marc Davis; her grandnieces, Erica Fagin, Anna Fagin, Lily Fagin, and Zoe Davis; her step-nephew, Scott Haigh, and his wife, Cathey; and her step grandnephew, Connor Haigh. Sara was a brilliant and charming woman whose family and friends loved her dearly. Memorial services will be held at 1:00 pm on January 22 at Temple B’nai Israel in Oklahoma City, Oklahoma. Contributions in memory of Sara can be made to the charity of your choice.
See more See Less

In Memory Of Sara Ann Fagin