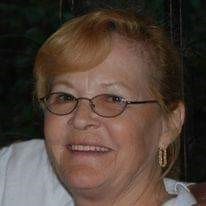 Terry Reno Caldwell Coan was born on December 3rd, 1935 to Esta Ray and Vivian (Wright) Reno in Oklahoma City, Oklahoma. She passed from this life on January 18th, 2023 at her home in Choctaw, Oklahoma. Terry had many hobbies. Her favorites where dancing and riding motorcycles. While dancing at So Fine Dance Hall, she met and later married her husband, Rick Coan. They were blessed with 38 happy years of marriage. She also had a green thumb and loved OU football. Terry is survived by her husband, Rick Coan; a sister, Esther Brown; a son, David Caldwell; a daughter and son-in-law, Debra and William Craig, 6 grandchildren and multiple great and great-great grandchildren. She was preceded in death by two sons, Dennis and Douglas Caldwell. In lieu of flowers the family asks that contributions be made to St. Jude's, 501 St. Jude Place, Memphis, TN 38105. Fond memories and expressions of sympathy may be shared at www.eisenhourfuneralhome.com for the Caldwell family.
See more See Less