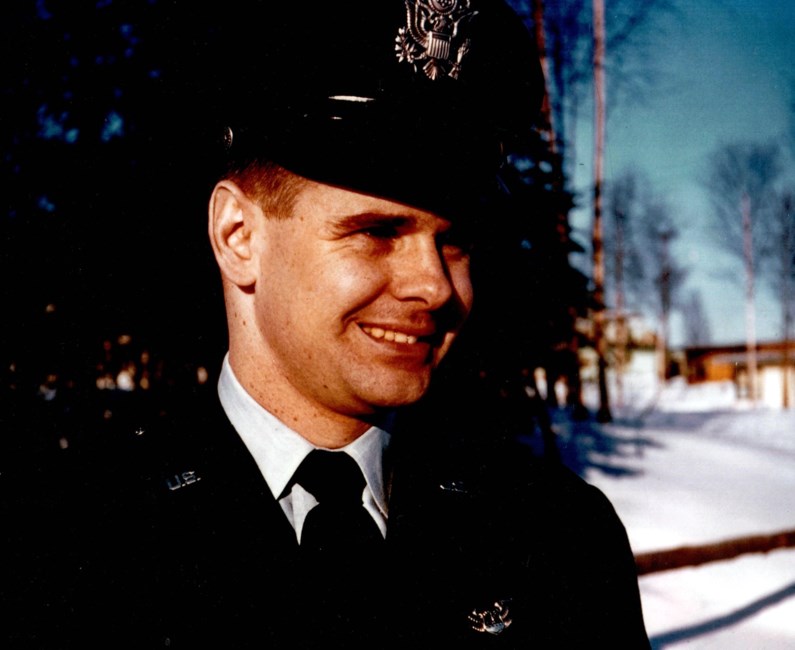 Van Halleck Lafferty was born in Tulsa, Oklahoma on February 7, 1929. He was the son of Albert Jett Lafferty and Rosalie Bash Lafferty. Van moved to Oklahoma City when very young and grew up there. He attended Central High School then Principia College. He graduated from the University of Oklahoma in 1951 with a degree in Business Administration. At OU he was a member of Lambda Chi Alpha Fraternity. Van was also in R.O.T.C . After graduation, he went directly into the Air Force. During the Korean War, he was assigned to Alaska. Van was the Radar Observer in a two-man fighter. His squadron was a pursuit squadron which protected North America. After his honorable discharge he remained in Air Force Reserve for over 20 years where he attained the rank of Major. While home on leave in 1955 he met his future wife Clara Michener. After almost 65 years of marriage, two children and four grandchildren later – he still took enormous pleasure in his adoring family. Van was a field underwriter for New York Life Insurance. He earned the C.L.U. (Charter Life Underwriter) with a broker designation. Van also served as assistant manager for Oklahoma City Downtown Office for a period of time. His interests were sailing, a little tennis, Boy Scouts of America and Kiwanis. He earned the Eagle Scout Level and so too his son and grandson. He was a proud member of Downtown Kiwanis. During the 1970’s, Van held several positions on the board and then served as Vice President and President. He is preceded in death by his parents and brother Owen Wimmer Lafferty of Watonga and Oklahoma City. He is survived by his wife Clara Lafferty of Oklahoma City, Son, Stephen V. Lafferty and wife Alice of Arlington, Texas. A daughter, Diana L. Taylor and husband Jeff of Oklahoma City and four grandchildren, Lindsay Lafferty of Grapevine, Texas, Sean Lafferty of Coppell, Texas, Alexis Taylor of Houston, Texas and Olivia Taylor of Oklahoma City. A sister, Virginia Robertson of Oklahoma City. His life was a long life and good life; a life that blessed his family and friends – we will always be grateful. A Memorial Service will be held at 11:00 am, Thursday, January 27, 2022 at Nichols Hills United Methodist Church with a reception to follow at the Oklahoma City Golf & Country Club.
See more See Less

In Memory Of Van Halleck Lafferty