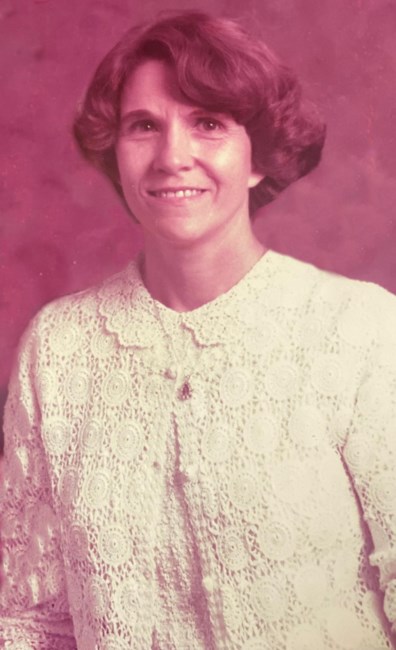 Vivian Laneta Bell was born September 10, 1932 and passed from this life May 8, 2022 in Oklahoma City, Oklahoma, at the age of 89 Years and 8 months. Vivian was born on a farm just north of Hammon, Oklahoma to Samantha and Frank Bell. Vivian's family moved from the family farm to Hammon, where she attended school. Vivian had 1 brother, LeRoy Bell and five half-brothers, Virgil, Cecil, Hoyt, Otis & Merle Bell and one half-sister Minnie Ella. Vivian married Zora Leaford Thornbrough, Jr. of Leedey, Oklahoma, after graduation in 1951. They lived east of Rhea Oklahoma for 2 years then moved south of Clinton. From This union came 3 children, Roy Leaford, Marsha Lea & Sheila Gail.Vivian received her RN nursing certificate and worked at the Clinton VA Center, Sayre, Memorial Hospital, Lawton, Oklahoma and after moving to OKC, she continued her career at theVeterans Hospital until retirement. Vivian married Karl Frederick Klick Sept 6, 1980 and made their home in OK City. They also had a winter home in Lake Havasu, AZ until 2019. They loved time spent in Arizona with the lovely winters and many friends they made during their time there. Vivian is survived by Karl Klick of the home. Three children, Roy Leaford & wife Sandy of Sayre, Marsha Lowrance of Edmond and Sheila Thornbrough of Elk City, Ok, 6 grandchildren; Monty, Matt and Mark Thornbrough, Ryan Lowrance & Renae Green, and Dusty Thornbrough, 13 Great grandchildren; Anna Grace and Ander Thornbrough, John, Noah, Levi and Jake Thornbrough, Colt, Cannon & Kimber Kate Thornbrough, Madyson, Ryder & Trooper Lowrance, Houston Green, and numerous nephews and nieces. Services are 10:30 a.m., Friday, May 13, 2022 at the Abby Mausoleum of Rose Hill Burial Park. Interment will follow the service in the cemetery at Rose Hill. Arrangements are under the direction of Hahn-Cook/Street & Draper Funeral Directors.
See more See Less

In Memory Of Vivian Laneta Klick