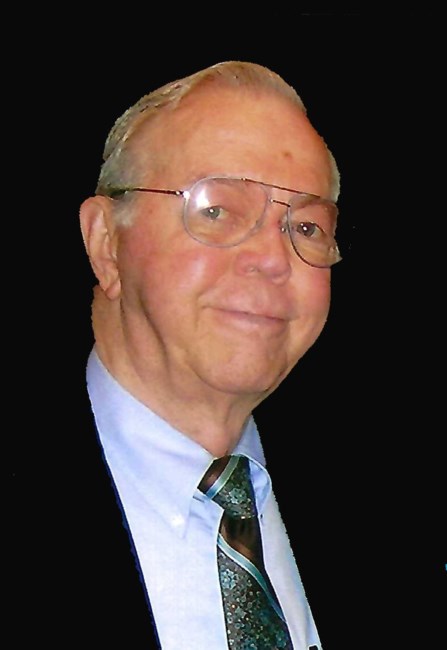 William Henry Baker was born the second son of Henry and Edith Baker, in Oklahoma City. Bill and his older brother Robert (Bob) grew up during the Great Depression. Bill graduated from Classen High School in 1945 and followed Bob into the Navy where they both served in the U.S. Pacific Fleet. Bill served as a Radarman Third Class aboard the light cruiser USS TOPEKA (CL-67) until his discharge in July 1946. After World War II, Bill attended the University of Oklahoma on the G.I. Bill. He pledged the Lambda Chi Alpha Fraternity, majored in Business, and became involved in the YMCA. After graduating from OU with a Bachelor of Science degree, he attended graduate school at George Williams College in Chicago, majoring in youth ministry. Bill went to work for the Oklahoma Farm Bureau as a systems analyst. He joined the Pilgrim Congregational Church and became involved with its young adults group. He reconnected with Kathryn Yowell, a pretty girl he had been friends with in high school. Bill and Katie were married in June of 1956 and welcomed their first child, William Allen, two years later. Two years later daughter Suzie was born. For the next 20+ years friends and extended family would watch the Baker family grow up through frequent visits and the pictures on their Christmas cards. By 1964 Bill was working for General Electric. The Apollo Program was gearing up, and Bill accepted a position at the Mississippi Test Facility (now the NASA Stennis Space Center) to work on the testing of the Saturn V rocket engines. The Baker family put down roots and made the Mississippi Gulf Coast their home for the next 30 years. Bill loved the trees and the fishing. Katie had a career as an English teacher. Allen and Suzie grew up, graduated, and went to college and beyond. After retiring, Bill and Katie moved back to Oklahoma City. They reconnected with friends from Pilgrim Church and their bridge club and enjoyed spending their golden years together with them. Bill and Katie were active members of the May Avenue (now Cornerstone) United Methodist Church, where they worshiped together and served their community through Meals on Wheels and other outreach ministries. An avid tinkerer, Bill kept busy inventing and patenting improvements to stepladders, crutches, and canes. Bill is survived by his son Allen (Janet) of Gulfport, MS; daughter Suzie (Mike) Kempf of San Antonio, TX; grandson Sam Kempf of Austin, TX; granddaughters Madeline Kempf and Grace Kempf of San Antonio, TX; niece Rev. Linda (Rev. Trent) Baggett, of Thackerville, OK; nephew Danny (Nancy) Baker, of Yukon, OK; many beloved grand-nephews/nieces and cousins. Funeral Services will be held at 10:00am Monday, January 31, 2022, at the Chapel Hill Funeral Home and Memorial Gardens, 8701 N.W. Expressway, Oklahoma City, OK 73162. In lieu of flowers, please consider a donation in Bill’s memory to the Cornerstone Church (www.cornerstoneokc.com/giving) or to your local house of worship. Fond memories and expressions of sympathy may be shared at www.chapelhill-okc.com for the Baker family.
See more See Less

In Memory Of William Henry Baker