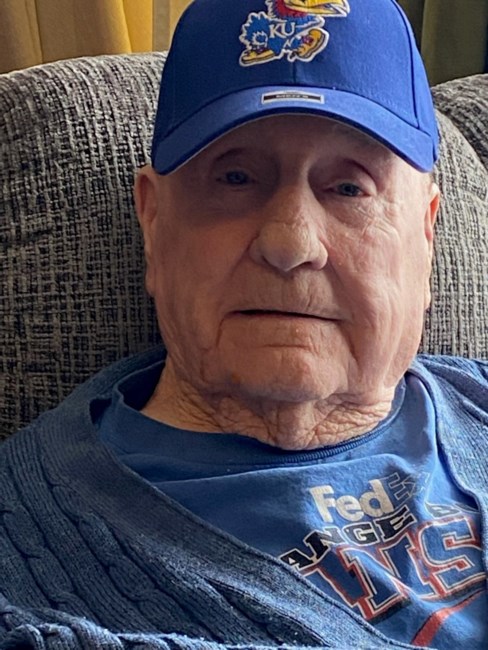 Charles Vincent Hall, age 87 of Olathe passed away on Sunday January 22,2023 surrounded by his wife and children. A graveside service will be held at 1:30pm on Friday January 27,2023 at the Resurrection Catholic Cemetery in Lenexa Kansas. Charles, Charlie as he was called, was born on November 24, 1935 in Kansas City, MO to John A. Hall and Katherine E.(Kelleher). He had many stories of growing up in Kansas City, Missouri and Olathe, Kansas. Charles loved playing many different sports. While at John P. St. John High School he lettered in track, basketball and football. As an adult he continued to play sports, as well as coaching for his sons in baseball. Later He enjoyed watching sports with KU basketball and football, the chiefs and royals being his favorite teams. Charles owned several businesses all in the automotive industry in Raytown, MO and Olathe, KS. Charles was most at home with his family gathered around him. Charles is survived by his wife, Patricia of 64 years. His sons, Charles W. Hall and wife Shelly, Timothy P. Hall and wife Rebecca, Michael L. Hall and wife Sherry. His daughters, Susan A. Hall, Caroline L. McCarthy, Cheri L McHenry and husband Christopher. As well as 17 grandchildren and 15 great grandchildren. In lieu of flowers or contributions Charlie would prefer you hug or call a family member and tell them how much you love them.
See more See Less

In Memory Of Charles Vincent Hall