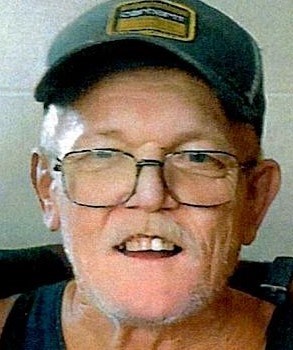 John Matthew Ferguson, Jr. 59, of Olathe, KS. passed away on January 23, 2023, at home with his family. He was born in Kansas City, MO. July 14, 1963, but was a lifelong resident of Olathe. He was a family man who enjoyed spending time with his wife Lori, son Josh and grandson, Austin. John and Lori were lovingly together for 44 years, and this May would have been married for 37 years. He enjoyed spending time with Josh sharing common interests from working on cars to music/concerts and tattoos. John and Austin would spend hours in the kitchen cooking and baking. He loved to make comfort food for those he loved and was always happy to get a special request. He shared a special bond with his nephew, Hunter and always enjoyed their time together. He was a collector of sports memorabilia and antiques and shared in that with his many friends. He was a prankster and would get the biggest kick out of making people laugh. Their home was full of laughter and love. Prior to getting married, he served in the National Guard from January 25, 1982 to April 30th, 1982. He was a very social man, always willing to help others and he never met a stranger. He is preceded in death by his father, John Ferguson Sr.; mother, Opal Seymour; beloved sister, Connie Daniels; mother-in-law, Donna Norman. He is survived by his wife, Lori Ferguson; son, Josh Ferguson; grandson, Austin; brother, Vernon (Terry) Shaw; sister, Shari King/brother-in-law, Robert King; sister-in-law, Jennifer Rinkenback/Brother-in-Law, Dave Rinkenback; sisters-in-law, Carrie Lovell and Shelly Simpson/brother-in-law Allen Harris; 17 nieces and nephews, great nieces and nephews and great-great nieces and nephews. A Memorial Service will take place on February 4, 2023, from 6-8PM at Prairie Center, 105 S. Montclaire Dr., Olathe, KS 66061. In lieu of flowers, the family requests memorial contributions are made to Prairie Center, 105 S. Montclaire Dr. Olathe, KS 66061. Fond memories and expressions of sympathy may be shared at www.McGilley-Frye.com for the Ferguson family.
See more See Less