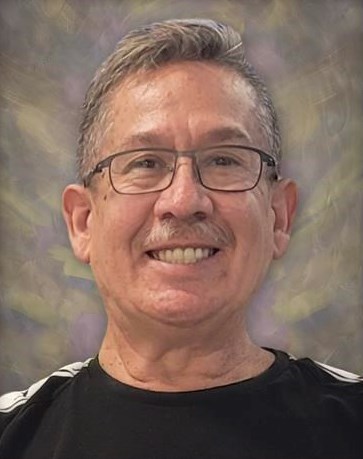 Pedro Padilla Ramirez, 56, of Olathe Kansas passed away on Tuesday, July 19, 2022. He will forever be remembered as a devoted husband, loving father, grandfather, brother, uncle, nephew, cousin and friend to everyone he knew. Pedro was born on June 7, 1966 in San Juan de los Lagos, Jalisco, Mexico to Antonio and Hilaria Padilla. Pedro was the proprietor and business owner of a family owned supermarket called Supermarket El Güero in Olathe, Kansas. He enjoyed spending time with his family. He met the love of his life, Jessica Juvany Campos they were married on July 28, 2018. Pedro also enjoyed working on and riding his trucks, cars, and bikes. Pedro is preceded in death by his parents, Antonio and Hilaria Padilla. He is survived by his loving wife of four years Jessica Padilla. Three sons, Alejandro Padilla of Olathe, Kansas, Moises Pelaez and Peter Padilla both of Overland Park, Kansas, five daughters, Tanya Padilla of California, Aranza Pelaez of Overland Park, Kansas, Haidy Padilla of Mexico. Hillary Padilla of Olathe, Kansas and Sophia Padilla of Overland Park, Kansas. Left behind to cherish his memory is his grandson Ivan Padilla. Pedro is also survived by his six sisters, Martha Padilla Ramirez, California, San Juana Padilla Ramirez, Mexico, Maria De Jesus Padilla Ramirez, Mexico, Patricia Padilla Ramirez Mexico, Lorenza Enriquez Ramirez , Mexico and Carmen Padilla Brisvela , Mexico, six brothers, Raul Padilla Brisuela, Mexico, Antonio Enriquez Ramirez, Mexico, Ramon Enriquez Ramirez, Mexico, Navor Ramirez of Mexico, Juan Padilla Ramirez, Mexico and Francisco Padilla Ramirez, Mexico. Mass of Christian Burial will be 11:00 a.m., Thursday morning, July 28th, at St. Paul Catholic Church, 21650 West 115th Terrace, Olathe, Kansas. Church visitation will be one hour prior to the Funeral Mass starting at 9:30 a.m., where the Rosary will be prayed at 10:30 a.m. at the church. Visitation will be 3:00 p.m. - 7:00 p.m., Wednesday, July 27th, at the McGilley & Frye Funeral Home, 105 East Loula Street, Olathe, Kansas. A Prayer Service will start at 5:00 p.m. at the funeral home. Pedro will be cremated. In lieu of flowers memorial contributions may be made to: The Family Condolences may be offered at: www.McGilley-Frye.com.
See more See Less

In Memory Of Pedro Padilla Ramirez