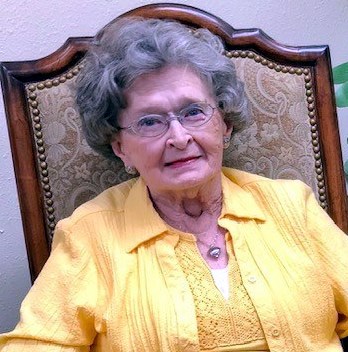 Inez Sherrill Jones, age 92, of Madison, Tennessee passed away at Alive Hospice on Sunday, January 23, 2022. Inez was born October 29, 1929 to the late Walter Mack Sherrill and Allie Pearl Cunningham Sherrill in Hillsboro TN. After Graduating from high school in Hillsboro TN in 1947 she moved to Nashville and lived in a boarding house to attend Draughons business college. While attending Draughons she went on a blind date and met Buford Allen Jones Sr. Soon after she moved into a vacant room in Buford’s parents house. Buford and Inez were married on December 28, 1948. They went on to have 3 children, Billy Sherrill Jones, Betty Ann Cox, and Buford Allen Jones Jr. After attending Draughons she started her first job at Moore-Handley. Years later Inez went on to join her husband in opening Bud’s Drive Inn Market. In the late 1960’s she went to work at Woolworth’s in 100 oaks mall. In the 1980’s she retired to care for her ailing husband and her elderly mother. Over the years Inez’s hobbies were gardening, ceramics, sewing, playing Bingo, selling Avon and having Home Decor parties. Inez is preceded in death by her husband Buford Allen Jones Sr, parents Walter Mack Sherrill and Allie Pearl Cunningham Sherrill, Brothers George Sherrill and Millard Sherrill, sister Josephine Lemming, grand-daughter Adrienne Dianne Jones Inez is survived by brothers Fred Sherrill and Cecil Sherrill her children Billy Sherrill Jones (Bonnie), Betty Ann Cox (Randy), Buford “Allen” Jones Jr (Cindy), her grand-children Lee Jones, Diann Cunningham, Angie Boeing, Winston Cox, Thomas Jones, Jonathan Jones, and grand step-daughter Jennifer Collier. She is also survived by 10 great-grand-children with 1 more due in July. A visitation will be held Tuesday February 8, 2022 from 11:00 AM to 2:00 PM at Hermitage Funeral Home & Memorial Gardens, 535 Shute Ln. Old Hickory, TN 37138. Followed by a funeral service from 2:00 PM to 3:00 PM. In lieu of flowers, contributions can be made to Madison Church of Christ, P.O. Box 419, Madison TN 37116 in memory of Inez Jones for Meals on Wheels or contributions to the American Cancer Society at http://www.Cancer.org in memory of Inez Jones memorial donation. Fond memories and expressions of sympathy may be shared at www.HermitageFH.com for the Jones family.
See more See Less

In Memory Of Inez Sherrill Jones