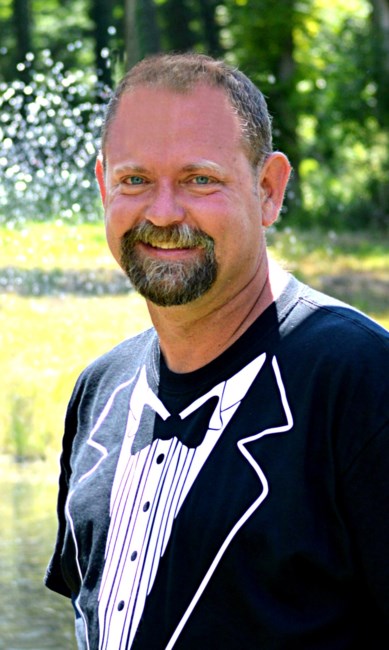 Michael “Mike” Karl Sanders of Old Lyme, CT, was born on October 1, 1968 and passed away on December 17, 2021 at the age of 53. He was the husband of Janice MacNeilly Sanders and son of Jacquelyn Sanders and the late Walter Sanders. Mike graduated from Old Lyme High School and Hartford State Technical College. He moved to Old Lyme as a child and it forever became his home. He was actively involved in the Old Lyme Fire Department since the late 80s, making many special friends along the way. Mike had a strong work ethic and was first employed with George Torello Engineers and later as a building inspector for the town of Old Lyme. For the past 24 years, he worked for the state of Connecticut as a Project Manager in the Office of Policy and Management, overseeing multi-million dollar budgets and major demolition projects throughout the state. For a period of time, he owned and operated his own excavation business as well. Mike’s personal interests revolved around cars, guns, dogs, and heavy machinery. He could regularly be found in one of his garage bays, always with a host of friends. He rescued many dogs over the years, giving them his 40-acres to run freely, swim in the pond, and live perfect doggy lives. Firearms were a passion, and Mike earned his license to train others in gun safety from the Federal Bureau of Alcohol, Tobacco, and Firearms (ATF). Mike’s sense of humor was unsurpassed. Ever the storyteller, he would often have crowds of people doubled over in gales of laughter. On his wedding day in 2017, he and Janice went to a drive-through wedding chapel in Las Vegas. When being congratulated, Mike deadpanned that he “thought he was getting a hamburger.” Despite his jokes, Mike loved Janice unconditionally, as she did for him. They enjoyed nearly 13 years together. Mike was a dedicated husband, son, brother, and step-father to Janice’s adult children, Dane and Dessi. He was the first to pick up a check in any situation, and cared deeply about everyone in his life. Thanksgiving was his favorite holiday and he made sure everyone had a place to go by inviting all for a wonderful meal. He did countless favors for others and never asked or expected anything in return. He lived passionately and purposefully, always by his own rules and conventions. Mike will be dearly missed by his wife Janice, mother Jacquelyn Sanders of Ivoryton, CT, sister Sharon Koch (Eric) of Ivoryton, CT, brother Eric Sanders (Emma) of Black Rock, CT, step-son Dane McEntee of Norwich, step-daughter Dessi Lyn McEntee of Uncasville, and the Curley, Gagne, Mathewson, Gould, and Roberts families. Matt and Joey Kakos of Old Lyme were considered family to Mike, as were his many other close friends, each of whom was incredibly special in his life. Mike was predeceased by his father, Walter Sanders, and his beloved grandparents, Roger and Celeste Gould. Final arrangements have been entrusted to Fulton-Theroux of Old Lyme. A graveside service will be held at 11 a.m. on Tuesday, December 28th at Pendleton Hill Cemetery, located behind the First Baptist church at 793 Pendleton Hill Road in North Stonington, CT. A celebration of life will follow at 1 p.m. at the Niantic Sportsmen’s Club at 67 Plants Dam Road in East Lyme, CT. Memorial contributions may be made to either the CT Humane Society or the Old Lyme Fire Department. The family would like to thank everyone for their loving support during this difficult time.
See more See Less

In Memory Of Michael Karl Sanders