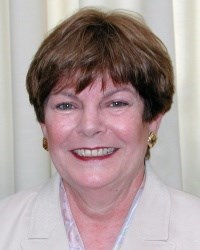 Eileen Meade Daily of Westbrook, CT, passed away on July 30, 2015 among family and friends. Eileen was born in Boston on March 3, 1943 and has made Westbrook her home since 1974. Eileen was the beloved wife of James Daily; loving mother of Jeff Daily and his wife Bethany, and Amy Daily all of Boston; devoted starstruck and boasting grandmother to Meade and Rynne Daily of Boston; loving sister of Maureen Griffin and her husband Robert; Peter Meade and his wife Rosanne; Cathleen Meade; Patricia Meahl and her husband William; and James P. Meade and his wife Terri; and devoted aunt, godmother and cousin to her family. Eileen was a fierce friend to many, many people. Eileen represented Connecticut’s Thirty-Third State Senatorial district from 1992 through her retirement from the Senate in 2012. Eileen was the chairman of the Finance, Revenue and Bonding Committee and the Environment Committee and held several other positions in the Senate. Eileen previously served as the First Selectman for the Town of Westbrook and before that was a member of its School Board. Her sense of humor and ability to work through differences in viewpoint and opinion to solve problems for her constituents made her a star at each of these bodies. Most recently, Eileen was the Governor William A. O’Neill Chair in Public Policy and Practical Politics at Central Connecticut State University. After her retirement from the Senate, Eileen travelled frequently and spent as much time as she could with her friends and family. Even though she left Boston more than 50 years ago, it remained in her accent, her vernacular and in her heart. The lessons that she learned at home and around her neighborhood in Dorchester served her well and were passed on by her with great gusto. Calling hours will be at the Swan Funeral Home at 1224 Boston Post Road, Old Saybrook from 3:00PM-8:00PM on Sunday August 2nd. The funeral will be at St. Mark’s Church at 222 McVeagh Road in Westbrook at 11:00AM on Monday August 3rd. In lieu of flowers, Eileen has requested donations to either Connecticut Hospice (www.hospice.com) or to the Westbrook Foundation in support of the Eileen Daily Scholarship (www.westbrookctfoundation.org).
See more See Less

In Memory Of Eileen Meade Daily