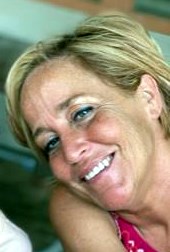 Amy Carol Stewart, 50, of Olive Branch, MS passed away on August 6, 2022. Amy was preceded in death by her maternal grandparents, Edwin and Mary Jane Wright; and her paternal grandparents, Clifford and Marilyn Stewart. She is survived by her mother, Kathy Stewart Lyon; father, Richard Gary Stewart(Betty); daughter, Olivia Ontiveros; brother, Richard Lacey Stewart; sister, Mary Kathryn Hallock(Kyle); nephew, Grayson Hallock; niece, Branslee Hallock; aunts, Cindy Walker and Stephanie Warren(Eddie); and uncle, Edwin “Buddy” Wright(Linda). Amy was born March 20, 1972 in Memphis, TN. She is 1990 graduate of Ridgeway High School. She was working as the general manager at Nothing Bundt Cakes in Olive Branch. In her free time, she loved the outdoors. She enjoyed being on the water whether it be kayaking or at the beach. She also enjoyed working in her flower garden. She also loved animals. One of her greatest joys in life was spending time with her mother and being “Aunt Amy” to her “little peanuts”, Grayson and Branslee. Amy was a devout believer in Jesus Christ and her faith was very important to her. The family will hold at celebration of life at a later time.
See more See Less

In Memory Of Amy Carol Stewart