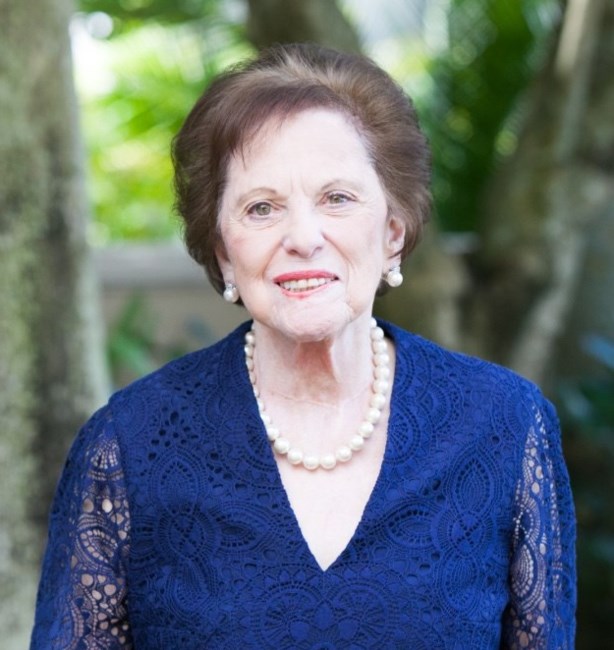 Peggy Ross made a wish on every first evening star she ever saw. She loved with all her heart and lived for the betterment of those around her. As the matriarch of the family, she modeled charity, devotion, and passion, with every breath she took. Peggy was born and raised in St Louis in a loving family that has a deep tradition of giving back to the community. She graduated from Washington University with a degree in Psychology, something she was very proud of. She married Donald K. Ross, Ph. D. in 1950 and they spent their lives dedicated to furthering education, helping the needy, traveling to all parts of the world together and happily cruising the Mississippi River on their houseboat. Much of her life was focused on philanthropy. After surviving a near death experience in a fire, Peggy created the Edna Malen Scholarship Fund for the Goldfarb School of Nursing at Barnes-Jewish College. Peggy gave credit to Ms. Malen, her lead burn nurse, for saving her with her care. In the 55 years of the scholarship there have been scores of the most gifted nurses graduating with the assistance of this fund. Her generosity extended to the Jewish Hospital (BJC) where she became a lifelong member of the Auxiliary that raised millions of dollars for clinical development programs. Many of the campaigns were led by her. Her fundraising skills also benefitted the Scholarship Foundation of St. Louis where she spent nearly 25 years as an active supporter, board member and advisor and was instrumental in leading programs to provide interest free loans to college-bound students. These were based solely on qualifications and need; not race, religion or gender. She was very proud of the Jewish Federation’s Grosberg award, given to young leaders in the St. Louis Jewish Community. This award was created in honor of her parents David and Roselin Grosberg. In 2004 she was honored for her lifetime of commitment by being named one of St. Louis’ Women of Achievement. She became active in that outstanding organization that recognizes women in the community who’ve distinguished themselves by unselfishly giving with no thought of reward. Peggy leaves behind her adoring daughter, Pamela Toder, son-in-law Craig Toder (she called him her son), Grandchildren Paige Noel and her husband Stuart, and Spencer Toder and his wife Courtney, and her 3 great grandchildren, Sawyer, Piper and Avery. She leaves a family who cherish her memory as they celebrate her incredible life and all the wisdom and love that she passed down. Peggy was the sister of Gene Grosberg and Ada Friedman. Peggy passed away January 23rd, 2021 at the age of 90 from the Covid virus. We wonder what she may have wished for on all those stars--one thing is certain, her wishes were selfless, impassioned, and virtuous. A private family service will be held. Donations may be made to the Scholarship Foundation of St. Louis
See more See Less

In Memory Of Peggy Grosberg Ross