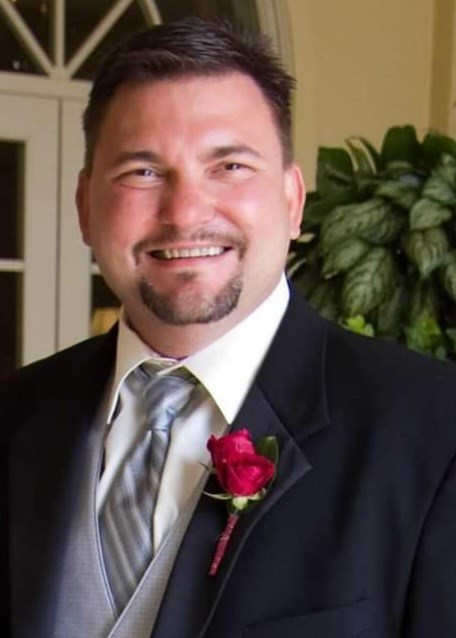 Steven W. Powell was born at Bergan Mercy Hospital in Omaha, NE on November 13, 1969. He was one of two children born to Roger and Barbara (Tarascio) Powell. He passed away the evening of May 29, 2022 at his home in Omaha, Ne. Steve grew up in Omaha, where he received his education and graduated from Ft. Calhoun High School in 1988. Steve was always up for trying something new, mastering new skills, and he would never shy away from a challenge. One of his earliest challenges was when he joined Taekwondo at the age of 6. By age of 10 he honed his craft and received his 1st degree Black Belt, an achievement that made him one of the youngest to earn it in Omaha. The highlight of his career was when he participated in a World Taekwondo Championship. While in high school, Steve participated in football and wrestling; however his passion was wrestling. He gave 110% all the time on the mat, mentored many fellow wrestlers and was repeatedly selected as team Captain. While in his late teens, he learned how to fly small engine airplanes. He enjoyed flying around Nebraska, and took a special joy in scaring his instructor(s) by putting his plane in a sudden nose dive position out of nowhere. Needless to say, he always pulled it out! Fast forward to the mid 90s, and “Scuba Steve” was born. Scuba diving was Steve's ultimate love! He was always learning new techniques, instructing others to be better divers and became a tech diver. He trained to dive caverns, loving to explore nature in the deep clear waters in very small spaces. The man was game to dive in any kind of weather and water visibility anytime because he loved it that much. Besides scuba diving, Steve was a great cook, getting that skill from his mom. He would host some mean Nebraska tailgate parties with some of his favorite foods, such as smoked pig, jambalaya, and homemade spaghetti sauce that would have made his mom proud! He loved to watch his Huskers play and be the “hostess with the mostest”. Steve was known to many as “MacGyver”. Steve could figure out how to rig something together, build something, fix something and create just about anything. People called on him when they needed help and he was right there to lend a helping hand. Steve was always generous, supportive and encouraging. Warm sun and water was all Steve needed to be in his happy place. He would go fishing, kayaking, boating, skiing and float down a lazy river just to catch some rays. And you can’t leave out camping. Who do you know that goes camping and is able to watch a Pay-Per-View fight on satellite TV, in the middle of no-where, powered by a generator? That’s Steve! He lived to make life full of adventure. With all this fun, who had time to work? But Steve found the time to work at Bakers as a butcher in high school / college, a correctional officer for the Omaha Correctional Center and finally found his career at Ford Motor Credit Company for over 25 years. During his time with Ford Credit, he met the love of his life, Kim Brown. He held many positions with his final position as a Compliance Officer for Voice Analytics. He loved the people he worked with, as many have become life-long friends. Left to cherish his memory, his beloved partner of 25 years, Kim Brown of Gardner, KS; sister, Donna (Steve) Scott of Pittsburg, MO; niece, Taylor Scott of Hermitage, MO; nephew, Evan Scott of Pittsburg, MO; his dog Lexi; and many other relatives and a host of friends. Steve is preceded in death by his parents, Roger and Barbara Powell. A visitation for Steven will be held Saturday, June 4, 2022 from 12:00 PM to 2:00 PM at Westlawn-Hillcrest Funeral Home, 5701 Center St, Omaha, Nebraska 68106. A funeral service will occur Saturday, June 4, 2022 at 2:00 PM, 5701 Center St, Omaha, Nebraska 68106. A graveside service will occur Monday, June 6, 2022 at 2:30 PM at Westlawn-Hillcrest Memorial Park, 5701 Center St, Omaha, Nebraska 68106. Fond memories and expressions of sympathy may be shared at www.westlawnhillcrest.com for the Powell family.
See more See Less

In Memory Of Steven William Powell