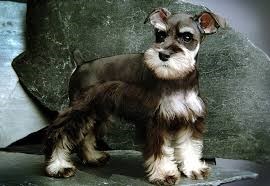 He was born July 28, 1931 in Delhi the son of the late Paul and Halina (Jakezweski) Monroe.

At a very early age, Dave knew that he wanted to be a funeral director. While in high school, Dave began working for Leonard Hall Funeral Home in Delhi. Upon graduating from Delaware Academy he pursued his lifelong dream and attended and graduated from Simmons Institute of Mortuary Science Funeral Service in Syracuse. Later, Dave began working for the Bookhout Funeral Home and eventually bought the funeral home. He owned and operated the Bookhout Funeral Home for many years until his retirement in 1997.

Dave is survived by his wife, Mary Hebbard Monroe of Oneonta; one daughter, Karen Monroe of Las Vegas, NV; first cousins, Richard (Dick) Monroe of Woodenville, WA and Richard's sister, Elenor J. Moore of Lansing; as well as many brothers and sisters-in-law, nieces and nephews. He was predeceased by his son, Paul H. Monroe on February 11, 1986.

Graveside funeral services will be held on Friday, October 14, 2016 at 1:00 PM in the Glenwood Cemetery, Oneonta with the Reverend Mel Farmer officiating.

Memorial donations in Dave’s memory may be made to either the American Foundation for Suicide Prevention, 120 Wall Street, 29th Floor, New York, NY 10005 afsp.org or to the SPCA, 4841 State Highway 28, Cooperstown, New York 13326.

To light a candle or send an online condolence please visit www.bookhoutfuneralhome.com

Funeral arrangements are by the Bookhout Funeral Home of Oneonta.

In Memory Of David L. Monroe