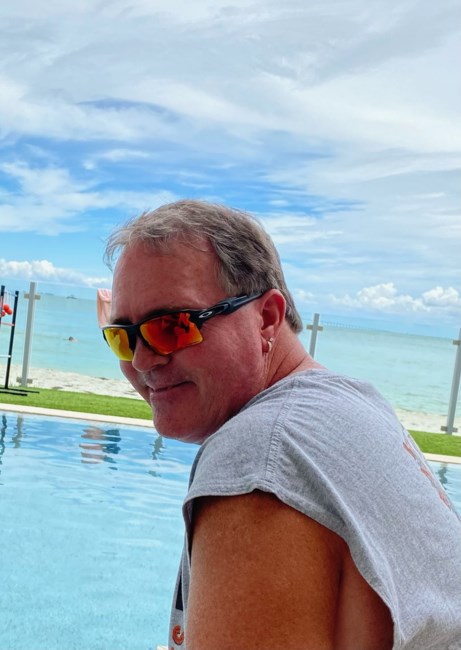 Donald “DJ” R Bush Jr., 53, of Otego passed away unexpectedly Friday, Jan 20th, 2023. He was born June 14th, 1969, in Oneonta the son of the late Donald Sr and Ellen “Bullis” Bush. DJ graduated from Laurens the class of 1987. On July 30th, 1994, he married his soulmate and best friend Leticia Hoag at the Majors Inn in Gilbertsville. He proudly welcomed his son, Nicholas on June 19th, 1996. DJ loved hunting, fishing, and snowmobiling. He looked forward to the annual family trip to Anna Maria Island and the fishing charter with Nicholas (Allie) and his stepson, Corey (Christy) who he always thought of as his son. Frequently, friends of the boys were included in the family trip. DJ also enjoyed an annual snowmobiling trip to Tug Hill with friends Scott Jordan, Nate Shelton, Mikey and Wayne Himes, just to name a few. He and Tish took a road trip to Colorado where he hunted big game and was able to shoot an Elk with his bow which hangs in his den. Along the way, the two were able to stop and enjoy many sights. DJ was an avid football and baseball fan, loudly cheering on the Miami Dolphins and the Boston Red Sox. He loved children and was a Little League and Pee Wee football coach in Otego for several years. A builder by trade, DJ was known for his meticulous work. He got started in the profession at the age of 19 working with longtime friend Dave “Gordy” Cornell. Most recently DJ worked alongside Donnie Potter Sr. for 17 years, making Donnie endure all his tunes. DJ is survived by his loving wife of 28 years, Leticia Bush; son, Nicholas Bush; stepson, Corey Escobar; his father-in-law and mother-in-law, Wayne and Peggy Hymers; father-in-law Richard Hoag; Uncle Doug and Aunt Joan Bush; Uncle Les and Aunt Doreen Bush; Uncle John and Aunt Mary Bush; Uncle Wayne Bush; Aunt Sue and husband Charles Fix; Aunt Donna Gravelin; many special cousins; brother Jim Bush and his two daughters. A celebration of DJ’s life will be held at a later date. To send the family an online condolence please visit www.bookhoutfuneralhome.com Arrangements are by the Bookhout Funeral Home of Oneonta.
See more See Less