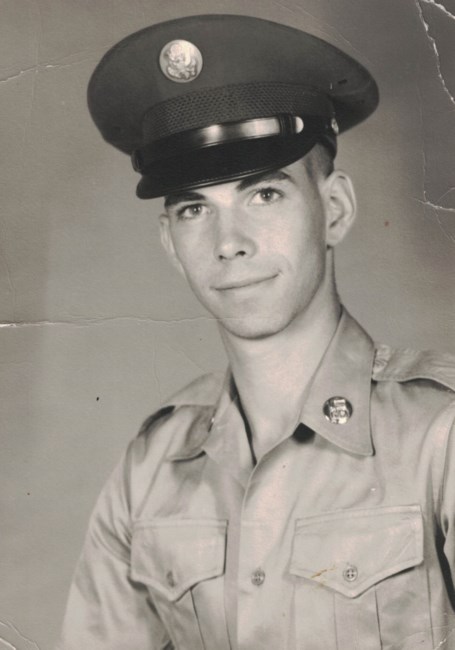 Leon K. Beach, 73 of Oneonta passed away Tuesday, September 13, 2022 at the NYS Veterans Home, Oxford. He was born December 8, 1948 in Oneonta the son of Kenneth and Margaret Beach. In the summer of 1962 he worked on his grandparents farm while his grandfather was sick with lung cancer. Leon attended Milford and Otego schools and graduated from Unatego Central School in 1967. He was an accomplished runner on the track team and ran under a 5 minute mile. Boy Scouts were a big part of his life and he was proud to have attended the National Jamboree in Valley Forge, PA in 1964. Leon was very proud of the fact that he planted trees throughout his childhood. As a kid he would help plant 1,000 trees a year. This was such a big part of his life that in 2012 he went to Brazil and planted trees in the Amazon with Viridian. On March 21, 1969, Leon married Janet in Keene, NH before leaving for Vietnam. In 1968, Leon was drafted into the US Army choosing artillery because his father was in artillery during WWII. He was proud to have served in the 101st Airborne (“Screaming Eagles” whose motto was “First in, Last out”) in the A Shau Valley, Hamburger Hill. When he returned home in 1970, Leon and Janet began their family having two children, Jeff and Kristen. He worked in various fields including construction and as an entrepreneur until beginning his career in the nursing field. He graduated from nursing school and then went to work at Bassett Hospital and then Upstate Home for Children. He also worked at several private duty jobs. He was a prolific avid reader, chess player (played in the US Open Chess Tournament), tai chi teacher, teaching classes at various venues. He was a strong supporter of farming and sustainable living. He was proud of his endeavors to raise bees and raise chickens.Leon was a friend, advisor and a great listener to many. His faith was an important part of who he was. He was associated with many churches but at the time of his death he was associated with the Main Street Baptist Church, Oneonta. Leon is survived by his two children, Jeffrey and Kristen Beach, Oneonta; three sisters, Eleanor Conklin, New Jersey, Marie Gladstone, Good Year Lake and Nancy Gladstone, Otego; as well as several nieces and nephews. He was predeceased by his father, Kenneth, mother, Margaret, step father, Herb Gladstone, sister, Virginia Beach; and wife, Janet Beach. Calling hours will be held on Friday, September 30, 2022 in the Lester R. Grummons Funeral Home, 14 Grand Street, Oneonta from 5:00 to 7:00 PM. A memorial service will immediately follow at 7:00 PM with the Rev. Phil Livermore officiating. In lieu of flowers please consider making a donation to either Main Street Baptist Church, 333 Main Street, Oneonta, NY 13820 or to Heifer International, 1 World Ave., Little Rock, AR 72202 in memory of Leon K. Beach. To send the family an online condolence please visit www.grummonsfuneralhome.com Arrangements are by the Lester R. Grummons Funeral Home, Oneonta.
See more See Less

In Memory Of Leon K Beach