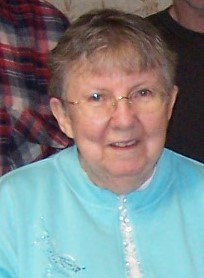 Sally A. Beams 86 of West Davenport died on Thursday, March 25, 2021 at A.O. Fox Memorial Hospital after a brief illness. She was born in Rye, NY the daughter of William and Beatrice (Mott) Balcom. At an early age, she moved to East Meredith and graduated from Charlotte Valley Central School. She married Benjamin C. Beams on December 21, 1952. After moving to West Davenport, she became the Postmaster of the West Davenport Post Office. She was a longtime member of the Pindars Corners Fire Department both as a fireman and in the ladies auxiliary. Sally was also the Davenport Town Historian for many years and a member of the West Davenport United Methodist Church. She enjoyed going to lunch at TK’s Diner and Morey’s, crossword puzzles, her cats, and her family. Sally is survived by her husband Ben, daughters Linda MacDougall and John State of Amsterdam, Deb and Phil Balantic of Laurens, sons Ben and Kathy of Cortland, and William of West Davenport. Also, daughters-in-law Christine Beams and Elise Beams. Her grandchildren include Frank, Mike, Amy, Sherri, Christopher, Jessica, Jennifer, Raymond, and Justin. She also has 9 great grandchildren and 1 great great grandson making 5 generations. She also leaves many cousins and friends. Sadly, she was predeceased by her son Brian, her grandson Charlie, son-in-law Ted and her brother William. Calling hours will be held on Wednesday, March 31, 2021, from 11am to 1pm in the Bookhout Funeral Home 357 Main Street, Oneonta. Funeral Services will be private with Pastor Kathleen Brumbaugh of West Davenport United Methodist Church, officiating. Burial and Committal Services will take place in Charlotte Valley Cemetery, West Davenport. The family would like to thank the staff at A.O. Fox Memorial Hospital for their kindness and care. In lieu of flowers, Memorial Contributions may be made in Sally’s memory to the Fire Department of one’s choice.
See more See Less

In Memory Of Sally A. Beams