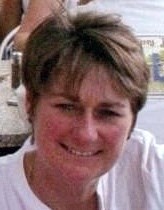 Vivian Lingg Sizemore was a first generation German-American. Her parents, Rudy Josef and Christine Fuhrmann Lingg, emigrated from Germany and were married in 1955. Vivian was born in Dallas, Texas on May 18, 1956. Rudolph and Christine quickly left Texas for the more agreeable climate of Southern California. The family settled in Culver City and two years later her sister, Charlotte, was born. Vivian loved the arts, playing the piano and the accordion, dancing in ballet and gymnastics classes, and enjoyed the theatre. She attended Farragut Elementary, Culver City Junior High School and Notre Dame Academy for Girls. Vivian, aspiring to work in child protective services, achieved an A.S. in Administration of Justice from West Los Angeles College and a B.S. in Criminal Justice from California State University Los Angeles in 1980. Vivian and Dana Sizemore began dating in 1974. After a two year engagement, Vivian and Dana were married on September 3, 1977 and moved to an apartment in Alhambra. While still attending college, she worked in retail security during the early years of their marriage. In 1980, the couple bought a home in Ontario California in hopes of starting a family. Vivian gave birth to Jonathan Josef on September 7, 1980 and fourteen months later she gave birth to Lane Alexandria on November 24, 1981. Vivian, desiring to have all of her children before the age of 30, gave birth to Drew Martin on July 27, 1984 and Matthew William on May 9, 1986. These were some of the most joyful years of her life. Once all her children were old enough to attend school, Vivian began working at St. Mark’s as a teacher’s assistant and drama teacher. At St. Mark’s, she was able to realize her goal of working with children and fell in love with teaching drama. She eventually left St. Mark’s and began a new job working as an administrative assistant at Pomona College in 2000 where she made many lifelong friends. On December 26, 2000, Jonathan Josef died while in military service, leaving the family and Vivian in great sadness. It was during this time Vivian took comfort in her faith. She continued to work at Pomona College until March of 2008, when she was diagnosed with cancer. She battled cancer for two and half years. She passed away with loved ones present at Kaiser Hospital in Fontana California on July 17, 2010 at 1:10 pm. We pray she now joins her son, Jonathan, her family, friends and all the company of heaven with whom she may find peace forever. Vivian is survived by her husband, three children, her mother and her sister.

In Memory Of VIVIAN LINGG SIZEMORE