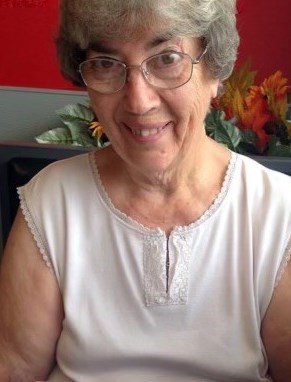 Bonnie M. Scott, 81, of Mansfield, Ohio passed away on Sunday, August 7, 2022 at Liberty Nursing Center surrounded by her family. She was born in Cleveland, Ohio on June 2, 1941 to the late Robert and Ethel (Spice) Wirt. Bonnie had worked as county recorder for Richland County under two terms, working a total of 8 years. She was not only determined and a hard worker, but was an extraordinary woman who was very gracious and saw the good in everyone. A strong woman of faith, Bonnie always looked for ways to help serve others whether in ministry or in the community. She was a member of the 1st Friends Evangelical Church. Bonnie was a born leader and remained active in many events such as the 175th Mansfield Birthday Party, Richland County Republican Party and the Republican Women’s Association. Anything she could get involved in, she did her best to help. She was a Girl Scout leader with her daughter and had even been on the Lucas School Board in her earlier years. Bonnie loved history, especially Mansfield History. Bonnie is survived by her three daughters, Rachel Scott, Joan (Bill) Thurber and Janet (Floyd) Davis; two sons, Mike (Marsha) Scott and Larry (Vickie) Scott; two grandchildren, Cody Nolen and Kaleigh Scott; two great-grandchildren, Harper Rhees and Lennon Rhees; many other grandchildren and great-grandchildren; brother, David (Pam) Wirt; and sister, Betty (George) Wolfe. In addition to her parents, she was preceded in death by the love of her life and husband, Dale H. Scott; son, Jeff Scott; and brothers, Gordon Wirt, Richard Wirt and Douglas Wirt. “Surely he will never be shaken; The righteous will be in everlasting remembrance. He will not be afraid of evil tidings; His heart is steadfast, trusting in the Lord.” Psalms 112:6-7 The family will receive friends from 1:00-2:00 p.m. on Thursday, August 11, 2022 at the Ontario Home of Wappner Funeral Directors, 100 Lexington-Springmill Rd. S., Ontario, Ohio 44906. A service will follow beginning at 2:00 p.m. She will be laid to rest in Mansfield Memorial Park.
See more See Less

In Memory Of Bonnie M. Scott