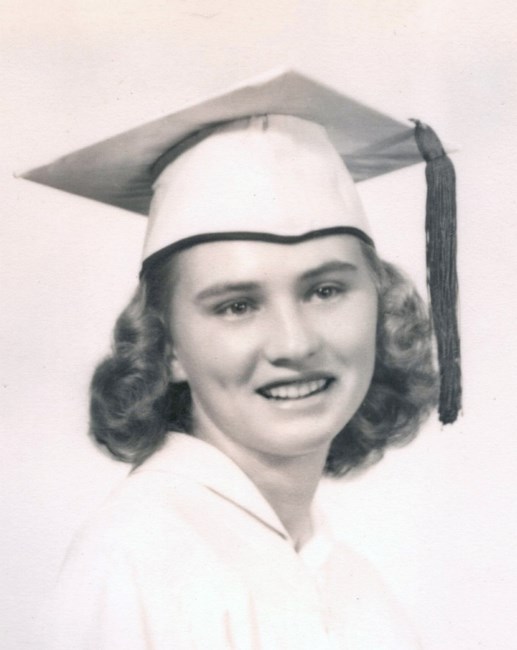 Christine Joan Carr, age 92, of Mansfield, passed away Wednesday, January 18, 2023, at UH Samaritan Health System in Ashland, Ohio. Christine was born on November 23, 1930 to John and Katharina (Ulmer) Schwarz in Mansfield. Christine is preceded in death by her parents; brother, John; her loving husband, Lawrence, also known as Jack by his family or Larry by his coworkers; and her son, Leslie. Christine attended Mansfield Sr. High School and graduated in 1948. Later in life, she was the class historian for the 1948 class reunion committee. Jack and Christine had four children: Leslie, deceased, (Michele Shasky), Carol Thompson (Martin), Cathy Roth (Tina Purcell) and Lee Carr (Chris, deceased). Chris was grandmother to Lazarus Roth, Debra Thompson, Alexandria Purcell and Zoe Purcell. She lived her entire life in Mansfield and was highly involved in her community. As a young woman, she worked at Mansfield Tire in the offices from 1949-1953 when she left for the impending birth of her son, Leslie. She remained a homemaker until her children were older, eventually taking a position at Baker’s Drycleaners on Bowman Street until their closure. While her children were enrolled at Empire School, Chris was President of the Mother’s Club and PTA. Jack and Chris were active in Boy Scouts of America with Chris serving as Den mother for Troop 109. She was a Red Cross Volunteer for several decades and took that desire to help others to Franklin Township and its fire department. There she became active as an auxiliary member and later as an EMT. Chris also was a supporter of the Madison Township Fire Department and worked to grow the department under former Chief Phil Ackerman. Chris became a Watkins product dealer for 20 years, allowing her to increase her circle of friends, many whom also became family. In 1983, Chris and Jack started the North End Reunion. This yearly event was a chance to reconnect with old friends of the shared northern Mansfield community until its ceasing in 2009. Chris and Jack were part of the founding of the Shadow Flight organization. This brought together retirees and former members of the 164th Fighter Squadron from Lahm airport. She was a member of the Ganges Church and the Amoy Seniors organization. Chris and Jack spent all of their free time on adventures. They visited all 50 states, several provinces of Canada and 10 European countries. For Chris, life was meant to be enjoyed. The family asks for donations to the Franklin Township Fire Department, 505 Boyce Road, Shelby, Ohio, 44875 and thanks them for the wonderful support provided over the many decades. The family will receive visitors from 2:00-4:00 p.m. on Sunday, January 22, 2023, at the Ontario Home of Wappner Funeral Directors, 100 S. Lexington-Springmill Road. The funeral service will be held in the funeral home on Monday at 11:00 a.m. with additional visitation beginning at 10:00 a.m. She will be laid to rest in Mansfield Memorial Park.
See more See Less

In Memory Of Christine J. Carr