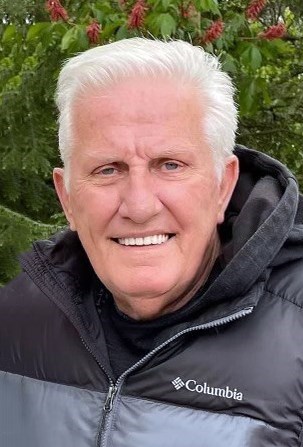 Jesse David Hoffman Sr., 75, of Mansfield, Ohio passed away at his home in the arms of his devoted wife of 57 years on Sunday, August 7, 2022. Jesse was born November 7, 1946 to Howard and Rena Hoffman in Marion, Ohio. Jesse retired as an operation manager for Executive Management Services. Family was very important to Jesse. He loved his nieces and nephews and enjoyed all the time he spent with them. He loved having family and friends stop by. Jess loved camping, motorcycling, working in his yard and garage and Willie Nelson. The greatest love was his wife, Shirley, of 57 years and their motto always was “We did it our way.” They spent their life traveling the United States via car and motorcycle seeing the wondrous beauty God made, together. Jesse was always up for an adventure and was ready to take off on a moment’s notice. He departed for his greatest adventure yet on Sunday evening on the wings of angels. Jesse is survived by his wife, Shirley (Crider) Hoffman whom he wed June 13, 1965; his three children and their spouses, Tammy (Tim) Schrader, Jesse David Hoffman Jr. (Nicole) and Jason Hoffman (Missy); two brothers and sisters-in-law, Terry and Deborah Hoffman and Mel and Dee Hoffman; and sister-in-law, Patricia Strickler. He is also survived by his grandchildren, Courtney (Kyle) Waffen, Ty Schrader, Trent Schrader, Thomas Schrader, Joshua Schrader (Sarah), Victoria Hoffman (Anthony Muse), Jessica Hoffman, Jacob (Yasming) Hoffman, Justin Hoffman (Camryn Miller), Kadie Hoffman, Keaton Partin (Kyle) and Kennedi Mowry; and great-grandchildren, Chloe, Claire and Kolton Waffen, Annabelle Schrader, Aj and Kyrie Muse, Owen Hamilton, Jonah and Zariah Hoffman, Kainen and Knoxton Partin, Kaisen and Monroe Flores and Marlowe Moore. He also leaves behind his longtime friends, Phil and Cinda Wood and Ron and Vicki Rogers. He was preceded in death by his parents; older brother, Clark Hoffman; best friend and brother-in-law, Dale Strickler; father-in-law and mother-in-law, Allen and Mary Crider; and brother-in-law and sister-in-law, Richard and Diane Crider. The family will receive friends from 2:00 - 4:00 p.m. on Monday, August 15, 2022 at the Ontario Home of Wappner Funeral Directors, 100 Lexington-Springmill Rd. S., Ontario, Ohio 44906. A service will follow beginning at 4:00 p.m. at the funeral home. He will be laid to rest in Ontario Cemetery at a later date. Memorial contributions may be made to the American Red Cross.
See more See Less

In Memory Of Jesse David Hoffman