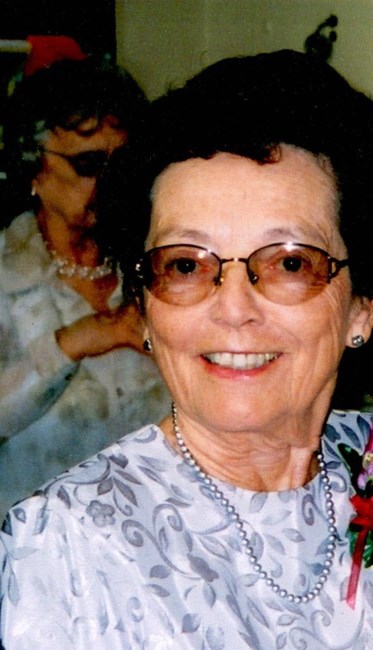 Mary Jean (Boylan) Chambers of Lexington, Ohio, passed away peacefully on Saturday, January 21, 2023, at the age of 91. She was born on July 11, 1931, in Mansfield, Ohio, and one of six children of the late Ralph and Mildred (Long) Boylan. Mary Jean was a resident of Florida, but moved to her hometown of Lexington to be close to her family after her husband, Don Chambers, passed away in February of 2015. She was a graduate of Lexington High School, Class of 1948. Mary Jean was a proud cheerleader, earning a varsity letter and was an accomplished majorette. Mary Jean and her husband started a construction company in 1957, which is now a third generation family owned business known as J & B Acoustical. The letters, J & B, in the company’s logo stand for Jean Boylan. During the week, Don’s responsibility was to handle the jobs they had under contract. Jean’s responsibility while Don was on job sites was to run the office and the warehouse, which was a “small white barn” on Cook Rd. that they purchased from her mother and father. Always known as “Jeanie” to her friends and “Mimi” to her family and grandchildren, she was loved deeply. Jeanie spent a lot of her adult life sharing the same passions as her husband. These included sailing small sailboats, then moving up to larger boats to cruise the Atlantic seaboard. One of her definite loves was the time Jeanie and husband traveled abroad. Mimi was very devout, practicing Catholicism and was a member of both St. Peter’s Catholic Church and Resurrection Parish. She is survived by her children, Michael (Carol) Chambers and Elaine (Ken) Navratil; five grandchildren, Jonathan (Linda) Chambers, Adam (Greg) Navratil, Elizabeth (DJ) Daniels, Joel (Amanda) Chambers and Arron Navratil; and six great-grandchildren, Maddy, Zoe, Mae, Addison, Kit and Andre. She is also survived by a brother, Don Boylan of Lexington and a sister, Sandy Applebee of Ashland. In addition to her parents, she was preceded in death by her husband, Donald Chambers and three siblings. Private family services will be observed. Memorial contributions may be made to Sisters of Saint Francis of Mary Immaculate, 1433 Essington Rd., Joliet, IL, 60435 or the Richland County Foundation, Women’s Fund, 181 S. Main St., Mansfield, OH 44902. The Ontario Home of Wappner Funeral Directors is honored to serve the family.
See more See Less

In Memory Of Mary Jean Chambers