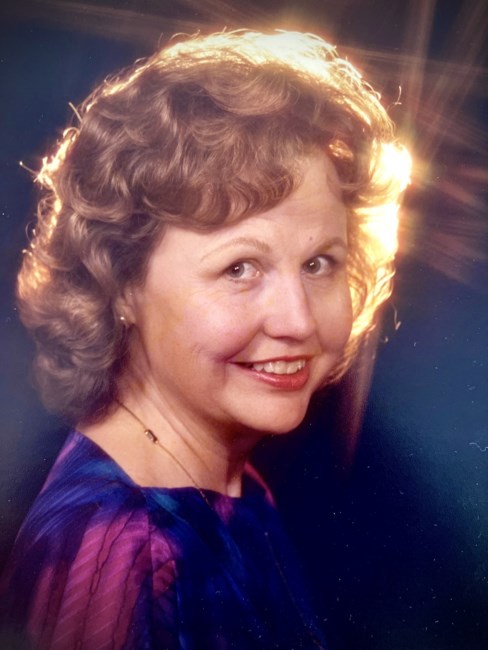 Diane Downing Kirk, 88, of Orlando, Florida, was welcomed into the loving arms of Jesus on August 2, 2022. She was born on December 23, 1933, in Fort Lauderdale, Florida to the late Walter Kenneth Downing and Mary Kathleen (Flowers) Downing. Her father served in the United States Coast Guard; so, in addition to living in Ft Lauderdale, they resided in Jacksonville, FL and in Folly Beach, SC. By profession, Diane taught Kindergarten at Goss Methodist School, 3rd and 4th grade in the Orange County Public School system, and Child Development at Valencia College. But, she was happiest when she was singing. Diane delighted in music, sewing, visiting the beach and the mountains, traveling all over the world with her beloved late husband, Steve. The two of them met when they both attended The University of Florida. Diane also graduated from the esteemed Eastman School of Music, and received her master’s degree from Rollins College. She served as President and a board member of the Women’s Residential Counseling Center, Orlando (WRCC) for many years. She was a member of First United Methodist Church of Orlando for over 30 years, where of course, she was a member of the Chancel Choir. Her adoring family always marveled at her consistent Joy and felt blessed by her love. She was a devoted Grandmother of four. She never missed a game, a concert, a play, a musical, a match, or a recital. She was fondly referred to as Grandma D. Diane was preceded in death by her husband, The Honorable Thomas S. Kirk, Jr., her daughter Nancy Kathleen Kirk, and her parents “Ken” and “Kay”. She is survived by her sons, Glenn (Maria) and Thomas (Stacey); and, her grandchildren, Blake Kirk, Stephen Kirk, Truman Kirk, and Aubrey Kirk. Please join us for a Celebration of Diane’s Life in the chapel at the Orlando Lutheran Towers on Tuesday, August 9th at 11am. She will then be laid to rest at Glen Haven Memorial Park in Winter Park, Florida. In lieu of flowers, Diane's family invites you to consider making a donation in her memory to: Teen Alternatives, Inc a 501C3 Florida non-profit corporation Donations will benefit the "Thomas S Kirk and Diane D Kirk Teen Court Scholarship Fund" providing college scholarships and stipend awards to graduating high school seniors since 1997. Condolences for the Kirk Family may be offered in the online guest book below.
See more See Less

In Memory Of Diane Downing Kirk