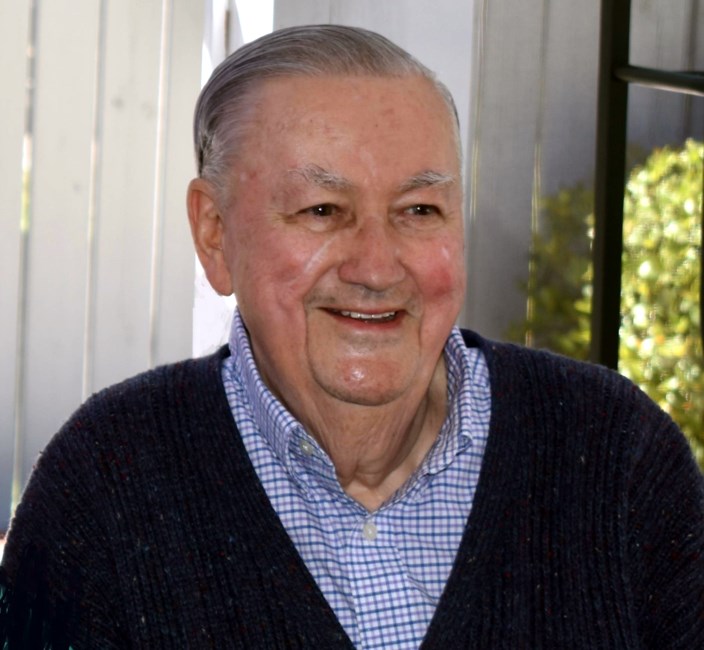 Joseph Charles Clancy, Jr. of N. Eastham, formerly of Newton, age 82, died peacefully at home from a rare form of leukemia on November 8, 2018. Joseph is survived by his wife Marie Domigan Clancy; son Mark Gregory and wife Claudia Silva of Prairie Village, KS; son Christopher Lawrence and wife Alysia Magnotta of Covington Township, PA and three grandchildren, Catherine Maegan, Jacob Ryan and Kyle Joseph; his sister Anne Clancy Botsch, Falmouth and brother Robert Lawrence and his wife Gail of Questa, NM. He was preceded in death by his parents, Catherine and Joseph Clancy, and brother Thomas David. Joe was born on July 5, 1936. He was a “Triple Eagle” earning his bachelor’s, master’s and doctorate from Boston College. After his undergraduate degree Joe served his country as a First Lieutenant in the U.S. Army. Joe worked tirelessly in the Newton Public School System for more than 35 years as a teacher, counselor and school psychologist. Joe married his love Marie after a whirlwind courtship which began on the Cape. The couple celebrated their 50th wedding anniversary in February with two celebrations with family and friends – one on Cape Cod and another in Tampa, FL. Joe loved life and his family and had a deep love of the land and sea. He and Marie took many camping trips with their sons on Cape Cod before they bought their house in Eastham in 1978 and they all enjoyed time on their boat, the Clan-SEA. Joe enjoyed golf and playing in fundraising tournaments on Cape Cod. Joe supported the conservation and protection of the Cape Cod National Seashore and Nauset Lighthouse. The family would like to express their heartfelt thanks to the nurses and doctors at Cape Cod Hospital as well as the caring staff at VNA Hospice. Friends and family are invited to Nickerson Funeral Home, Orleans, from 4-7pm on Monday. A Mass of Christian Burial will be celebrated at St. Joan of Arc Roman Catholic Church, Orleans, on Tuesday at 10am. Interment will be on Wednesday at Calvary Cemetery in Waltham. In lieu of flowers, donations can be made to the Leukemia & Lymphoma Society, Cape Cod Hospital, Hyannis, or the Center for Coastal Studies, 5 Holway Ave, Provincetown. Anyone who is able to donate blood is encouraged to do so in Joe’s memory. For online condolences please visit www.nickersonfunerals.com
See more See Less