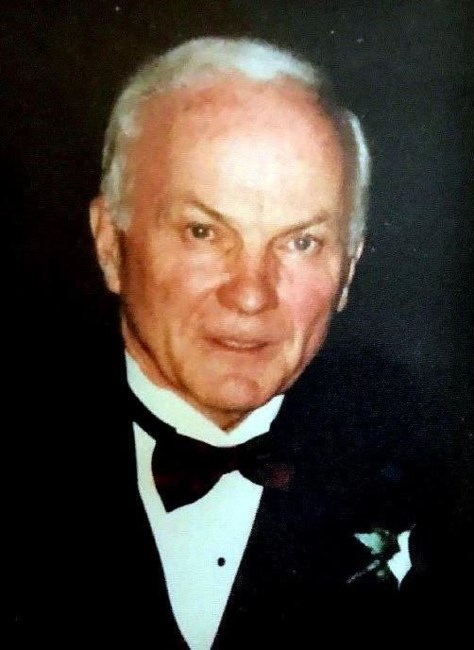 Joe Wignot - Eastham, MA Eastham, MA - Joseph T. Wignot lll, 82, died Monday October 12, 2020 peacefully at his home with family at his side. Husband, father and beloved papa. Born October 2, 1938 to the late Joseph T. Wignot ll and Grace Louise (Welch) Wignot in Natick Massachusetts. He attended the Natick school system and graduated from Natick High School Class of ‘56 as a three sport star athlete. He was honored to be inducted into the Natick Hall of Fame with his hockey team in 2013. Post High School he attended Colgate University, Class of 60. He attended the Colgate Hockey Silver Puck Ceremony for the new Starr Arena in 2016, where he was acknowledged for his accomplishments and legacy as a three sport athlete and team captain. After graduating from Colgate he married the love of his life, started a family and began a long and successful career with IBM in New York and Pennsylvania. He retired at the young age of 52 to enjoy life with his wife, children and grandchildren. He Enjoyed Traveling back and forth between the Canada lake house and to Cape Cod before relocating to Eastham, MA permanently. Still an avid athlete he joined the Cape Cod Senior Softball League at age 58 and played on the home and travel team up until age 77 when his Lewy Body Dementia diagnosis made it no longer possible. Along with softball he also enjoyed fishing, golf and tennis right up until his last few years. His favorite pastime was being with his grandchildren and being the biggest fan at all of their sporting events, he was a very proud Papa. For 20 years, Joe humbly volunteered his time with the AARP Tax Aid Program and helped the Eastham and Wellfleet Council on Aging complete their taxes. He is survived by his wife of 59 years Mary Del (Plausse) Wignot, His children and grandchildren: Son Joseph T. Wignot lV (Tara Iadiccio Wignot, predeceased) Joey and Alex. Daughter Robin A. Wignot, Daughter Kirsten L. Georgiana (Dan Georgiana) Madi, Chloe, Aubrie and Kylie. Son Matthew D. Wignot (Angelique Fijalkowski Wignot) Jacquelyn, Justin, David and Dylan. Sister Janice McMahon, Nephews Robert McMahon and Michael McMahon (predeceased). Cousin Susan (Wignot) Criasia and extended Wignot family members. Brothers in law Harry Plausse and Charlie Plausse, Sisters in law Helen Beksha (Vince Scales) and Dorothy Daly and Families and beloved dog Molly. The Wignot family would like to extend a sincere thank you for all the professional loving care provided to Joe throughout the past year by the exceptional CNAs and Nurses of the VNA of Eastham and by their wonderful private caregivers. A Memorial Mass will be held Friday October 23rd at St. Joan of Arc Catholic Church, Orleans MA. In light of the current health crisis surrounding us we are unfortunately limited to immediate family attending the service. A Reception will be held at Ocean Edge Resort at a later date when family and friends can join us to celebrate his Life. In lieu of flowers, donations can be sent to further Lewy Body Dementia Research to: Rochester Regional Health Foundation, Rrhgive.org/giving , Dr. Steven Rich. Due to his advanced protocol/treatment of Lewy Body Dementia, we were given the gift of additional years with Dad and his mind was still with us until the end. Donations may also be sent to VNA Hospice, PO Box 370, Hyannis, MA 02645 in Joe’s memory. For online condolences, please visit www.nickersonfunerals.com.
See more See Less