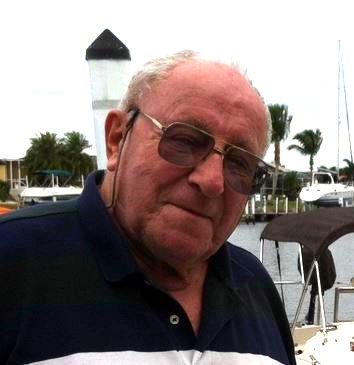 Nikolaus Sebestyen, age 89, a resident of Punta Gorda, FL and Eastham, Cape Cod, MA, died peacefully at his home in Eastham on September 5, 2020. Nick was born on November 10, 1930 in Budapest, Hungary to the late Dr. Sandor and Ida (Mahain) Sebestyen. He graduated from the Technical University of Budapest with a Master’s degree in Optical Engineering. Nick was president of the anti-Communist Worker’s Union at the Hungarian Optical Works and was actively involved in the 1956 Hungarian Revolution. At great risk, he escaped to Yugoslavia in 1957 where he remained in a refugee camp for four months until he was allowed to emigrate to West Germany. In Germany, he worked for Zeiss Optics in Wetzlar until 1960, when he joined Bodenseewerk Perkin-Elmer Corporation in Uberlingen, Germany as an optical engineer, designing scientific instruments. In 1973, Nick transferred to Perkin-Elmer’s headquarters in Norwalk, CT, where he worked as an Engineering Manager and Product Manager for Fluorescence, UV, ICP and NMR instruments until his retirement in 1994. He had a reputation for being the “go-to Man” for challenging projects. Nick was predeceased by his parents and a sister, Maria Boszormenyi. He is survived by his loving wife of fifty years, Jane Schallis Sebestyen, beloved daughters Andrea Henderson of Fayston, VT and Dr. Christina Sebestyen (husband, Dr. James Eadie) of Austin, TX. Also surviving are grandsons Alex and Will Henderson and Garrett and Dylan Eadie. After retirement, Nick and Jane travelled extensively. They sailed on their sailboat, TABU III, on the Atlantic coast and both coasts of Florida. Nick was a passionate and accomplished sailor since the age of seven. He successfully competed in regattas both in Europe and the US. When he wasn’t sailing his own boat, he loved ocean cruising in the Caribbean, Alaska, South America, Europe and Australia. Skiing was another of his passions, one he passed on to his daughters and grandsons. In his later years, he took pride in growing lush geraniums and tomatoes on his deck. Nick will be greatly missed by those who loved him. Visitation will be held on Tuesday, September 8, from 4 to 6 p.m. at Nickerson Funeral Home, Orleans, MA. A private Mass of Christian Burial will be held at St. Joan of Arc Church in Orleans, MA on Wednesday, September 9 at 11 a.m. Burial will follow in Evergreen Cemetery, Eastham, MA. In lieu of flowers, donations can be sent in his memory to VNA Hospice of Cape Cod or Tidewell Hospice, Port Charlotte, FL.
See more See Less

In Memory Of Nikolaus A. Sebestyen

Funeral Mass & Burial Will Be Private due to gathering restrictions. Thank you for your understanding.