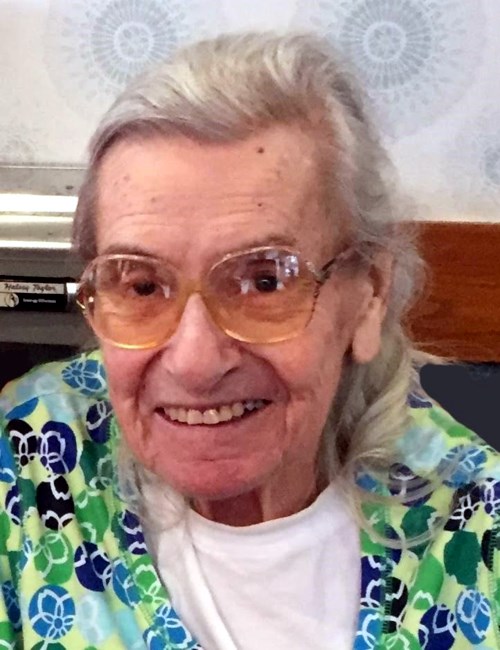 ORLEANS – Graveside services for Norma Ruth May, 87, Orleans, will be May 15, at 2 p.m. in the Orleans Town Cemetery. She passed away March 31, 2021.Norma was born in Providence, RI., the daughter of Alice and Ernest Harriman. Following her graduation from St. Xavier Academy in Providence, she took a job with American Airlines in Boston where she worked in a department that resolved flight bookings. It was a complicated job requiring knowledge of airports across the nation and the capacities of passenger aircraft assigned to various flights. She readily adapted to the computers of those days. In recent years, her emails often included abbreviations and a “no punctuation’ style that was used back then. Her job with the airlines enabled her to travel extensively throughout the United States, Mexico, Caribbean islands and abroad. Norma’s daughter, Valerie May, who accompanied her on many of the journeys recalls wonderful adventures as they visited France, England and other European countries using the popular traveler’s guidebook “Europe on $5 (later $10) a Day.” After purchasing a home in Orleans in 1978 with her longtime partner Patricia Smith, Norma moved to the Cape where she loved the natural beauty, spending her early retirement years exploring the inlets and coves of the region, aboard her boat, the Clam Patty. She was an enthusiastic clammer and often would stash her quahogs right inside her hip-waders. She also enjoyed off-road excursions at Nauset Beach. Until recently one of her joys was picking up a sandwich from a local restaurant, driving to a landing off Pleasant Bay or at Rock Harbor and enjoying lunch and watching the surf and shore birds. Norma particularly loved her back yard where she created a brick patio featuring lush roses and sprays of heather. She enjoyed her contraptions and had no trouble operating a tree and brush shredder to create mulch beds for her plants. One of her joys was watching her beloved dachshund, Ruthie, scamper in the yard. Norma was a superb cook and was known for her baked stuffed lobster and jumbo shrimp dishes. One of her gifts as a cook was the ability to readily identify excellent recipes, which she could expertly recreate. Her nieces and nephew remember her lavish holiday appetizers. She had a wide circle of friends in the area who continued to visit her as she became increasingly homebound. One of her pleasures was watching sports on television, especially the Red Sox, which she faithfully followed from the beginning to the very end of each season. She also loved watching golf, though she never played. In addition to her daughter, she is survived by son-in-law, George Stuteville; sister-in-law Anne Harriman and seven nieces and nephew. She was predeceased by her brothers, Ernest and Rollie Harriman. The family would also like to especially acknowledge the work and professionalism of her team of homehealth care aides who attended her during the latter days of her life. In lieu of flowers, the family requests that donations may be made in her name tothe Salvation Army or St. Jude Children’s Research Hospital.
See more See Less

In Memory Of Norma Ruth May