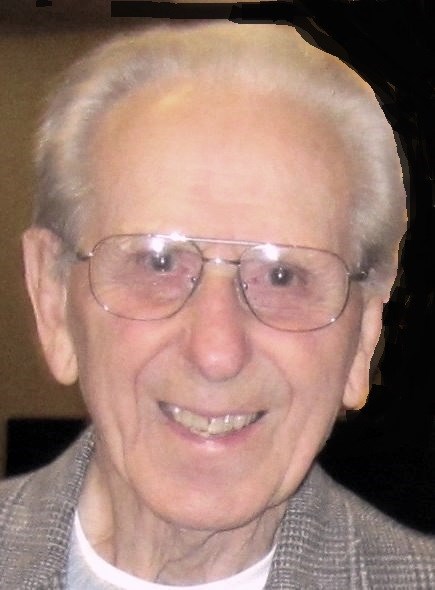 Normand F. Plante died Friday, March 10, 2017 at The Terraces in Orleans, MA with his children at his side. He was predeceased by his beloved wife of almost 71 years, Beverly Campbell Plante, in 2011. He leaves to cherish his memory: his daughter Elaine Wright and her husband Stuart of Springfield, MA; and his son Normand "Buddy" Plante and his wife Joan of Eastham, MA. Normand had four much loved grandchildren: Elizabeth Hettrich and her husband David of Delmar, NY; Christopher Wright of Webster, KY; Gregory Plante of Harwich, MA; Julia Plante of Kauai, HI; and one great-granddaughter, Jillian Hettrich. He is also survived by his dear brother Charles Plante and his wife Phyllis of Rumford, RI and several nieces and nephews. Normand was born and raised in Cranston, RI, the son of Amos J. Plante and Clarina (Dionne) Plante, both deceased. He had three brothers, Rene, Aime, and Charles, and two sisters, Henriette and Isabel. His family was very musical and music lessons were part of their lives. Normand studied violin for twelve years and he could play the piano by ear. He was blessed with a lovely singing voice. One of his fondest memories was playing the violin and singing with his brothers and sisters. The love of music stayed with Normand his entire life. He loved all kinds but was especially fond of Frank Sinatra, Nat King Cole and violinist Nadja Salerno-Sonneberg. Normand graduated from Cranston High School in 1934. He wanted to be an engineer and attended college for one semester before leaving to help support his family during the depression. He joined the Civilian Conservation Corp (the CCC's) in 1935 and was stationed on Cape Cod in Brewster. He was part of the team that helped to develop the woodlands in Brewster into Nickerson State Park. It was while he was stationed in Brewster that he met his future wife, Beverly Campbell, from Eastham. They were married on July 20, 1940 and shared almost 71 years together. The couple moved to Rhode Island where Normand was employed by Brown and Sharp Corp in Providence, RI. He trained as a tool maker and during WWII he worked in the production of munitions for that company. After the war, he took a job with General Electric in Cranston, RI where he was employed as a precision tool and die maker in the wiring device department until his retirement in 1980. Normand loved the preciseness of his work and this carried over into his everyday life. He loved the intricate workings of antique clocks and he found great satisfaction in collecting and repairing them. His home resounded with the chimes of his collection on the hour and half hour. He also refinished furniture, caned chairs, and was a general all around handy man. He could fix almost anything and many times, if he needed a special little part or tool, he would make it. Most importantly, Normand will be remembered as a true gentleman who loved his family. He will always be remembered for the devotion to his wife, especially during the ten years of her illness. He cared for her at home for seven years and then visited every day while she lived at the Terraces. The family would like to express their great appreciation and thanks for the wonderful care that Normand received for almost four years while he lived at the Terraces. The staff is skilled, loving and compassionate. A memorial service will be held on Saturday, April 22nd at 10 AM at Nickerson Funeral Home in Orleans. In lieu of flowers, donations can be made in Normand's name to Lower Cape Outreach, 19 Brewster Cross Road, Orleans, MA 02653. For online condolences, please visit www.nickersonfunerals.com

In Memory Of Normand Francis Plante