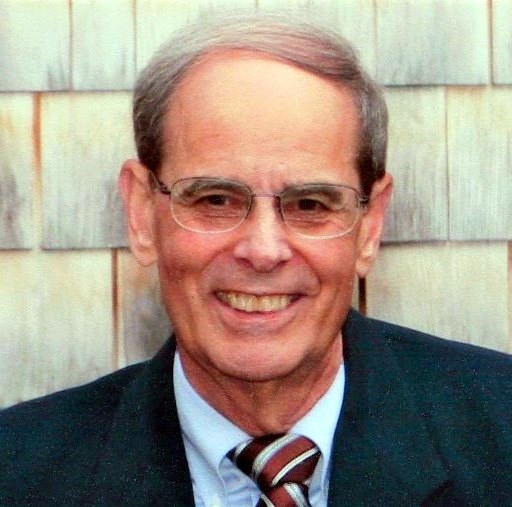 SOUTH ORLEANS, MA – Richard Stephen Auda, beloved husband of Barbara Marie, passed away peacefully on May 28, 2020 at the age of 88. In addition to his dear wife of 63 years, he is survived by his four children, Gregory Stephen Auda and his wife Theresa of Birchrunville, PA, Kathleen Auda Skaperdas and her husband Peter of New Canaan, CT, Elizabeth Marie Auda of New Canaan, CT, and Christopher Stephen Auda and his wife Anne of Scotch Plains, NJ. Richard was the proud grandfather of six grandchildren, Angela Auda McAlister, Gregory Auda, Jr., Alexandra Skaperdas, Stephen Skaperdas, Michael Auda and Matthew Auda, along with a newborn great-grandchild, Graham James McAlister, son of Angela and Kyle McAlister. Richard lived in South Orleans for 27 years and was a devout member of St. Joan of Arc Church. In addition to a deep faith in the Catholic Church, Richard had a love of the ocean and, above all, a passion for his family. Before moving to Cape Cod, Richard and Barbara resided in Westfield, NJ for nearly 30 years where he and Barbara raised their family. Richard, a graduate of Purdue University, spent the majority of his career at Exxon Corporation as a chemical engineer where he registered several patents under his name. Richard was a proud Veteran of the Korean War. Richard is predeceased by his parents, Angelo and Josephine Auda, an older brother, Angelo Auda, and two nieces. A Funeral Mass will be held at St. Joan of Arc Church, Orleans, MA, on Wednesday, July 15, 2020 at 10:00 am. In lieu of flowers, donations may be made in Richard’s memory to St. Joan of Arc Church or to the Cape Cod Healthcare Foundation. For online condolences or additional information, please visit www.nickersonfunerals.com
See more See Less

In Memory Of Richard Stephen Auda